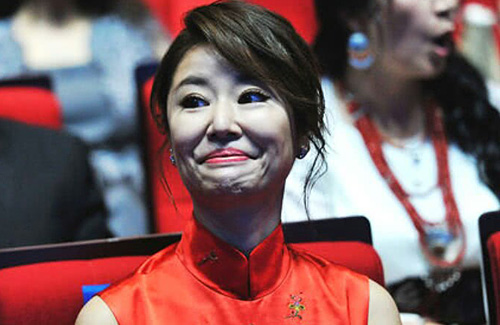 Unphotoshopped pictures of Ruby Lin (林心如)  at an awards presentation were leaked today.  Due to the unflattering light, the 42-year-old actress’ face appeared very wrinkly and her chin was distorted.

Netizens were relentless and said they were highly disturbed by the “horrifying” photos. Some of the comments included: “[She] can appear in a ghost film!” and “I’m breaking into a cold sweat in the middle of the day!”

It is common for artistes’ management agencies to work closely with the media to restrict the distribution of unflattering photos. It was surprising that Ruby’s unphotoshopped pictures slipped through the cracks.

Fans protective towards Ruby blamed her studio for the oversight, “The studio needs to be scolded. Once they are scolded, then they.will [work] seriously.”

Ruby immediately came to the defense of her staff, “It’s not like that! Everyone is very serious towards work. Please be more considerate towards them!” while asking everyone to “speak nicely”.

Once regarded as an “ageless beauty”, Ruby had revealed that every night before sleeping, she will drink a glass of red wine and use a yogurt mask to help renew and tighten her skin. However, it appears that Ruby may have become too busy since becoming a mother last year. Without adequate rest, Ruby is starting to age rapidly. Concerned fans said that Ruby’s husband, Wallace Huo (霍建華), needs to take good care of her. 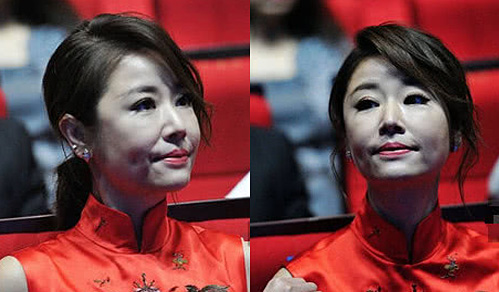 Fans also noted a big difference between Ruby’s unphotoshopped photos versus the photos released by her studio on Weibo, which showed Ruby with remarkably smoother and youthful skin. 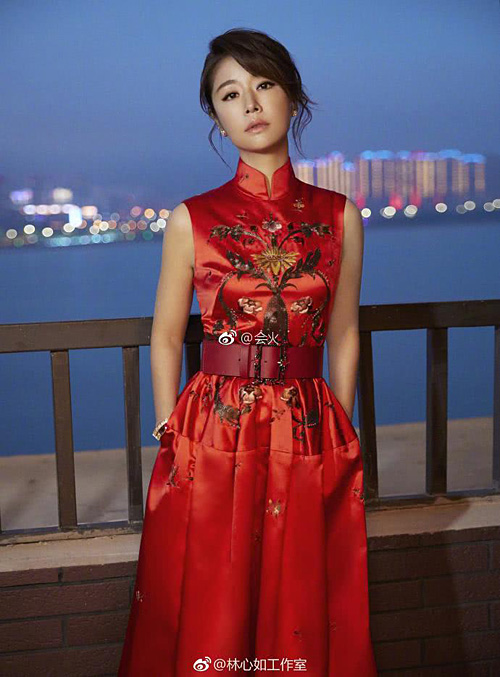