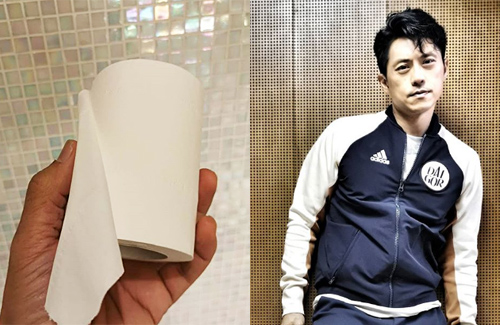 With the number of coronavirus cases still increasing, medical supplies such as face masks have become a scarce item on the market. With the Hong Kong government yet to give a solid response on the production of face masks, actor Sammy Leung (森美) said that local citizens have no choice but to rely on themselves.

Last month, Taiwan’s government announced that they will create 62 new production lines in hopes of speeding up the face mask production process from making 4 million masks a day to producing 10 million. To-date, Taiwan has 18 confirmed cases of coronavirus, likely due to the government’s aggressive preventative measures since the outbreak.

In comparison, Hong Kong’s government has been criticized for being too slack in its response to the virus outbreak, especially in its reluctance to close off borders with Mainland China. Despite having a lack of supplies in Hong Kong, especially in the scramble for masks and even toilet paper in recent days, the Hong Kong government has yet to step up and failed to provide their citizens the help they need.

In response to Hong Kong government’s incompetency, Sammy gave his two-cents during an interview. He said, “Perhaps they have a lot of things on their plates and have to deal with many issues. Maybe that’s why they’re slow with taking care of this situation. I think Hong Kong citizens will be able to hang in there. When times are like this, Hong Kong citizens have to rely on themselves. In the end, it all depends on ourselves to have good hygiene in order to win the fight against the virus.”