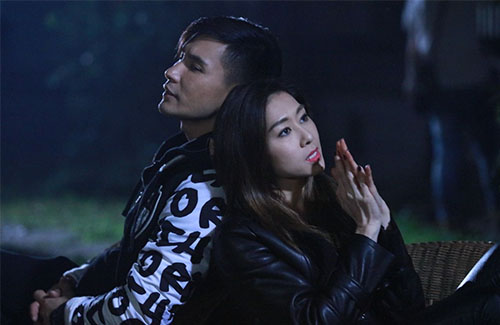 It’s another celebration for the team behind The Unholy Alliance <同盟>.

The action crime drama, produced by Jazz Boon (文偉鴻), ended its 28-episode run on Wednesday with a general viewership rating of 30 points across all viewing platforms, averaging 1.94 million viewers. The drama, which is the station’s last drama to air before TVB’s anniversary season, is currently the highest-rated drama of the year.

TVB has invited the cast and crew for a banquet celebration this week.

Female lead Nancy Wu (胡定欣) has reacted to the news, saying, “I’m so happy with the results for the finale. We (the cast) are ecstatic about it. Many of our colleagues who worked on the show have received positive reception also. I’m so happy! Let’s continue to work hard!”

Nina Paw is also one of the most popular candidates to win Best Actress this year.

In related news, the Sunday night finale for Legal Mavericks <踩過界> reached 26.9 points (approximately 1.75 million viewers), hitting a new milestone for current weekend dramas. It was the drama’s highest rating since it started broadcast on June 24, 2017.

63 comments to “The Unholy Alliance” Finale Finishes At 30 Points