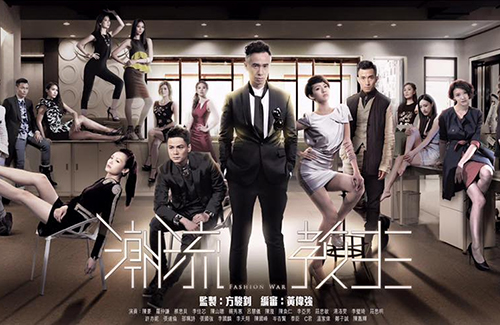 “Trendsetter” Yip Long (Moses Chan), the powerful chief editor of MODES fashion magazine, is constantly at war. MODES’ publisher and top executive, Man (Hanjin Tan), is a scheming yes-man, always hiding a knife behind his fake smile. To restrict Long’s power and authority within the company, he appoints the former model Vincy (Ali Lee) as the director of the advertising department.

Long is not unfamiliar with office politics and welcomes Man’s challenge. However, a careless mistake on his part gets him involved in the wrong side of the law. This incident eventually leads him to hire editor assistant Yan (Sisley Choi), who originally made clothes in Sham Shui Po for a living.

Yan’s introduction to MODES put the fashion magazine in a heightened state of war, but Yan manages to overcome all obstacles through her positivity and hard work. Along with fashion editor Francis (Him Law), Yan helps Long overcome a crisis that threatened the business. Yan is confident that Long would announce her as his successor, but the road is not as smooth as it looks.