The actress looks relaxed as she awaits the arrival of her second child.

Zhang Ziyi (章子怡) earlier announced at the Tokyo International Film Festival that she was seven months pregnant. While there were rumors that she had given birth in United States on December 11, this was dispelled when her work studio later posted an update that the star was then nine months into her pregnancy, along with pictures of her working.

On December 19, netizens posted photos of the 40-year-old actress, who is currently waiting to give birth in Irvine, California. Walking with a group of friends, the actress spotted a visibly huge baby bump and was dressed in black maternity wear, a beige scarf, and sun hat while wearing flats. Her slim limbs and thin face displayed no signs of swelling at all. Strolling at a leisurely pace, Ziyi held her mobile phone close by, while there were no signs of her husband Wang Feng (汪峰) accompanying her.

As Ziyi was spotted in the same city where she delivered her first daughter, Wang Xingxing (汪醒醒), it is believed that she is preparing to give birth to her second child at the same facilities at Hoag Hospital in California. It is known that fees are not cheap for its maternity services, which charges around $13,500 USD for normal deliveries and $17,500 USD for Cesarean births. Adding on daily expenses and other charges, it is an expensive choice to give birth in the United States. 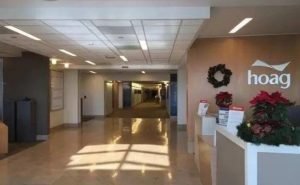 Chinese Celebrities Who Have American-Born Children