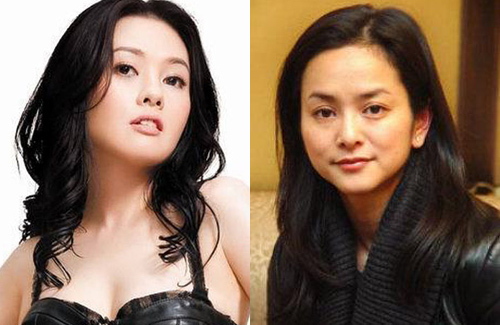 Rachel, who is now 47 years old, once possessed a sexy body figure that attracted thousands of men. She won the Best Actress award at the Taipei Golden Horse Film Festival in 1999. Currently in mainland China, Rachel replied to Hong Kong reporters via a text message that she is in discussion with TVB, but has not confirmed anything at the moment. Rachel added that since she has not filmed a drama in so many years, she is afraid she would not be used to it.

Allegedly, Aerobic Girls will feature young versions of the four main female leads as well, and it was originally planned that the girls from Paco Wong’s (黃柏高) Sun Entertainment Culture, As One, will take the roles. However, reports stated that there was an internal power struggle in TVB. Variety show production director, Sandy Yue (余詠珊), was rumored to be dissatisfied with any bias towards a certain entertainment company and ordered to set things right. Thus, As One lost their opportunity to take part in the drama. A spokesperson of Sun Entertainment Culture revealed that As One had already finished their audition, but heard no news afterwards.