Yang Mi May Not Be in Hawick Lau’s “Heading North” 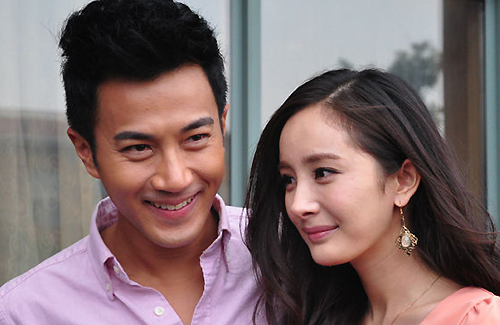 After the success of his first production drama, Sheng Xia Wan Qing Tian <盛夏晚晴天>, Hong Kong actor Hawick Lau (劉愷威) is taking on another project, the upcoming television drama Heading North <一念向北>, for which he will serve as the male lead and producer. The drama will commence filming this month, but the lead actress has not yet been selected. Although he has collaborated many times in the past with his girlfriend Yang Mi (楊冪), Hawick revealed that she may not participate in Heading North.

According to an inside source, Hawick is being extremely cautious about the cast selection, since this is his first project after establishing his own studio in late 2012. Even though he has enjoyed success as both actor and producer, his responsibilities are heavily increasing now that Heading North has entered the pre-production stage. Hawick is also personally involved in many of the preparations, from seeking investors to choosing actors.

“[Hawick] hopes that he will be able to find a familiar face to take on the responsibility of the female lead,” the insider shared. “There will be more of a sense of security as well, if he works with an acquaintance.” Judging by these criteria, Yang Mi naturally ranks among the top choices, since the two are very close and have collaborated in previous dramas, such as Sheng Xia Wan Qing Tian and Ru Yi <如意>. Nevertheless, Hawick said that she may not participate, adding, “I am looking forward more to having fresh blood join [the cast].”

The plot of Heading North revolves around the complicated and touching love story between Tong Yinian, the daughter of a businessman, and Lu Xiangbei, the Director of Financial Affairs at a rival company. According to an online poll, popular choices for the role of Tong Yinian include Crystal Liu (劉亦菲), Zhang Li (張儷), Cecilia Liu (劉詩詩), Tong Liya (佟麗婭), and Ying Er (穎兒).