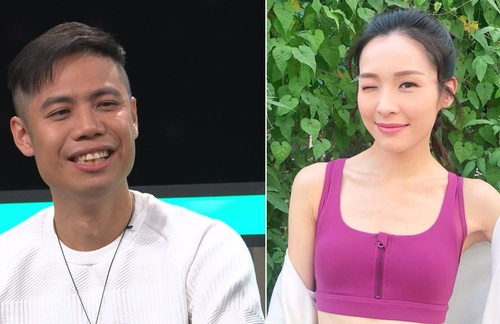 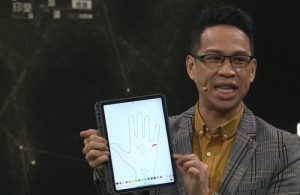 While TV Queen Ali Lee (李佳芯) is spending more time at home after being dropped from four TVB dramas, her boyfriend, ViuTV host Danny Chan (陳炳銓), continues to work hard. He made a guest appearance on ViuTV’s variety show Your Face Your Fate III <點相III先機算> along with Thor Lok (駱振偉) and Chu Pak Hong (朱栢康) for a palm reading session. Well-known metaphysician Master Ho Wan (皓云師傅) caused quite a commotion on the show when he read Danny’s palm and suggested that Danny may potentially cheat after marriage.

Master Ho Wan explained that Danny’s marriage line on his palm points downwards with several fine lines beside it. When this is found on a man, this means that he may neglect his wife after marriage and take his affair with his mistress very seriously.

All of the ViuTV artistes on the show began laughing and jokingly teasing Danny immediately after Master Ho Wan revealed the meaning. As the master was analyzing Danny’s palm, Thor attempted to help Danny out by saying, “Speak with caution, master!” 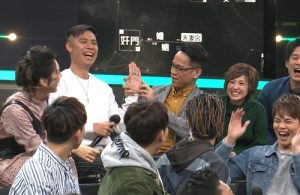 Danny smiled awkwardly as everyone laughed. Master Ho Wan couldn’t help but join in on the teasing. He cheekily said, “This lighting is too strong, I can’t see properly. I think I can see it in one angle, and then I can’t see it in another, but it’s probably not it!”

Jokes aside, Ali and Danny are often described as an incompatible pair because of their difference in looks. Labeled as the real-life version of “Beauty and the Beast,” the couple has not received the blessings of netizens. Despite what others think, Ali feels comfortable with Danny and always saw his potential. A man of many talents, Danny possesses skills in hosting, producing, acting, drama teaching, and stage art directing.

20 comments to Ali Lee’s Boyfriend to Cheat After Marriage?