Huang Xiaoming wished his son happy birthday on social media the next morning.

Angelababy (楊穎) and Huang Xiaoming‘s (黃曉明) child, nicknamed “Little Sponge” (小海綿) turned three years old recently. On the evening of January 17, the actress posted a photo of their son’s birthday celebration with an Ultraman theme. Little Sponge looked extremely excited to be able to pose for photos with his idol, who struck his characteristic poses and even signaled a “three” numeral to express his well wishes for the boy’s third birthday. 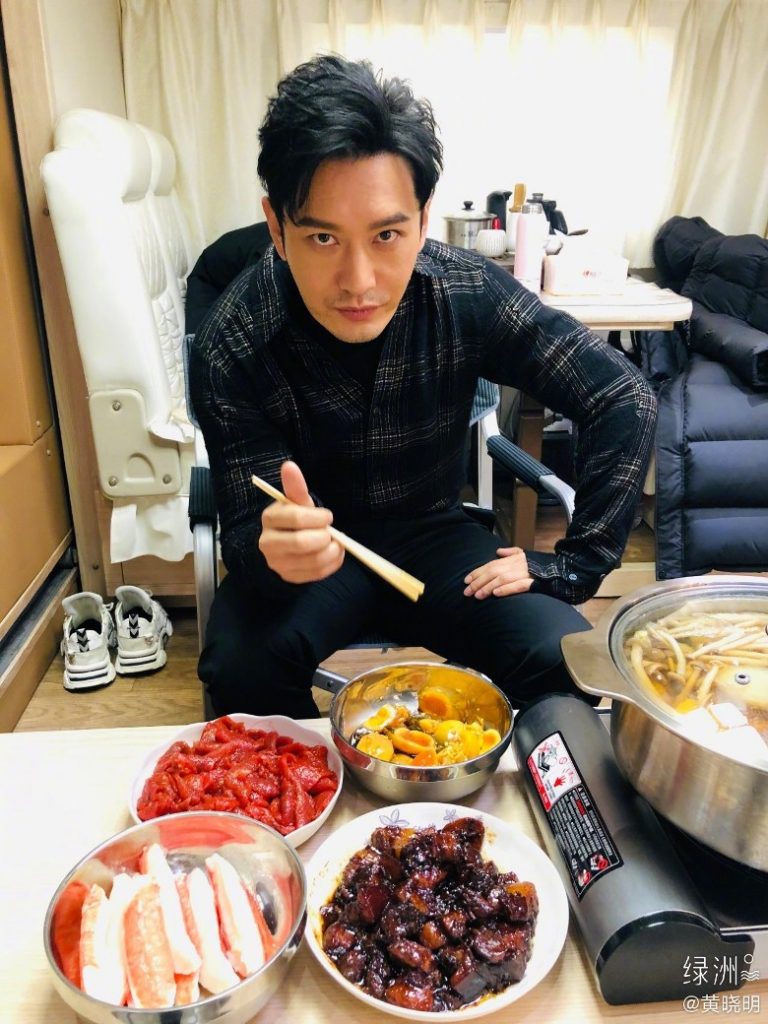 Daddy Huang Xiaoming was, however, nowhere to be seen at the party, his absence seeming to corroborate with a recent interview in which he hinted at marriage troubles. The actor’s fans revealed that he had been busy filming and therefore could not take time out for the birthday celebration.

The next morning, Xiaoming reposted Angelababy’s post and wrote sweetly, “Three years old now! I’ll be your Ultraman forever!” It seemed that 42-year-old actor had spent the whole night filming.

This is not the first time Angelababy celebrated occasions without Xiaoming by her side. During the Christmas holiday, Angelababy was photographed taking Little Sponge to Hokkaido for a skiing trip alone. With Angelababy and Xiaoming spending more time apart, are their marital problems turning out to be true?