When tabloids accused Mainland actor Andy Zhang (張丹峰) of cheating on his wife Catherine Hung (洪欣) with his manager Bi Ying (畢瀅) last July, all parties denied the allegations. However, the 38-year-old Andy is once again linked to Bi Ying when he was caught meeting with her in a hotel room for three hours yesterday. Although Andy’s management company stressed that such meetings are “very normal,” it seems his 48-year-old wife of nine years isn’t buying into it, as she’s chosen to keep her silence this time around.

Still, actions are louder than words. After the exposé, netizens noticed Catherine unfollowed Bi Ying on Weibo and deleted all her loving posts and photos related to Andy. Only three photos of him were still kept on her social media. One of them was a picture from 2016 of their family of four during the birthday of their son, Ashley Zhang. Ashley’s birth father is Max Mok (莫少聰), with whom Catherine previously dated, but the teen legally took on Andy’s last name after Catherine tied the knot with Andy in 2009 following four years of dating. The couple also has a daughter together. The other two photos were from last July taken at a theme park and Bi Ying was also present in the photos.

Andy Not The Family Man He Appears to Be?

After the incident surfaced, netizens discovered an old clip of Chinese singer Wowkie Zhang (大張偉) exposing Andy on a Chinese variety show. Wowkie revealed Andy often expresses he misses his wife and son in front of the camera, but he does not say such things behind cameras. Although Wowkie immediately said he’s joking and added Andy does say he misses his family when the camera is not rolling, netizens believe there must be some truth to the singer’s joke.

Bi Ying Hints at Being Mistress

Netizens also uncovered a social network account suspected of belonging to Bi Ying. They found a post dated last year that said, “Little black dwarf? When will you be completely mine? I really don’t want to see her appear next to you. I know I am very selfish, but can’t I be selfish this one time in life?”

Andy used “Little Black Dwarf” once on a show to describe Bi Ying, thus netizens are convinced she wrote it. The user also said the other party promised to divorce his wife and marry her. “Every day I look at him and his old wife showing off their love in front of me. It’s more difficult than getting killed!” 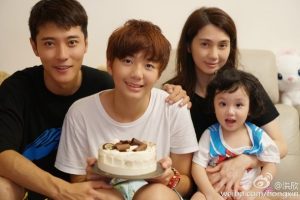 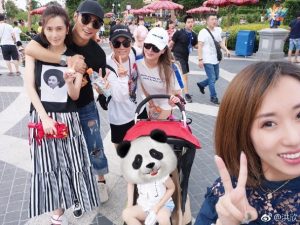