The social media side of the world bursted with discussion when Chinese rapper Al Rocco and his model girlfriend Naomi announced their breakup last week. As the couple had never shied away from showing PDA, the split did come as a shock.

A few days after the couple announced their split, a netizen posted a viral story of how Naomi has had a poor history of cheating, and once tried to hook up with Edison Chen (陳冠希). While participating on the Chinese variety Road to the Runway <天使之路> (in which Al Rocco also made a guest appearance), the netizen claimed that Naomi had “unclear” relationships with many of the staff members on the show. 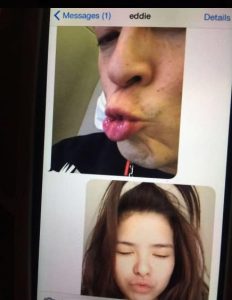 To prove a point, the netizen “exposed” various pictures of Naomi with Edison, as well as a screen shot of their alleged message exchange. The netizen’s story quickly caught the attention of the Internet and went viral, and it negatively impacted Naomi’s image and career, even affecting her private life.

On December 6, a close friend of Naomi’s posted a long essay on Weibo to defend her. The friend said Naomi had received a lot of hate messages and harassment when the rumors broke out. It took an emotional toll on Naomi, and she attempted suicide.

“You all just want the truth. As her close friend of more than ten years, I’ll give you the truth,” her friend wrote. “A person with flesh, blood, and emotions would know what’s real and what’s fake. Since yesterday’s breakup and the stress from online discussion, her perception of the world has changed. She has only one mouth, but you guys have thousands upon thousands of mouths. She told me her heart hurts. She doesn’t believe in this world anymore. She told me she thought this world was kind. She was admitted for treatment because her psychologist said she was suffering from severe depression, but she wanted to go home. But now, she has no home to go back to. She is only 24 years old.”

Naomi’s friend then shared a picture of Naomi receiving treatment in the emergency room—it turns out that Naomi had attempted to take her own life by slitting her wrist. 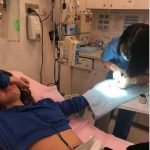 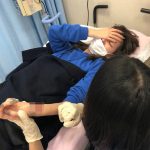 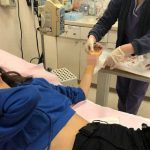 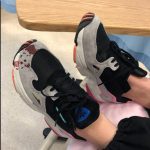