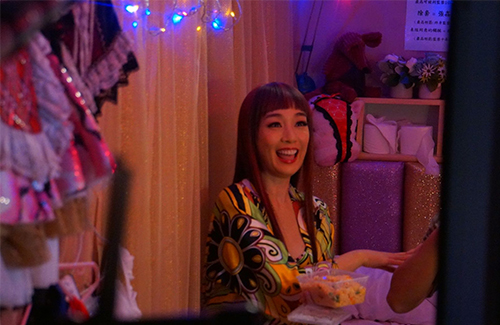 In the new TVB drama Assassin <殺手>, Elena Kong (江美儀) takes on the role as the head of a brothel located in Sham Tsui Po. Elena went to great lengths to research her role, including doing interviews with actual prostitutes from “one-woman brothels.” Those interviews completely changed her views about sex workers.

“They’re very nice,” she said. “They respect their career and they don’t think they’re miserable. They enjoy what they do. They’re also very attentive—when I told them that I wanted to personally pay them a visit, they stopped me, telling me that as a woman and a public figure, I shouldn’t so openly visit them like that. They also made sure I had on a face mask. They would think of those things for me.” 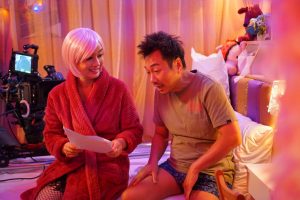 In Assassin, Elena plays Lulu, the head madame of a brothel establishment in Sham Tsui Po. She befriends Victor (portrayed by Wayne Lai), a retired hitman. Asking if she had asked the girls on how to attract men, Elena explained, “They’re not like how I pictured at all. They all have their own character. Their main business is with regular customers, so they don’t need to flirt. It’s different from the ones in the streets.”

The studio set for Lulu’s brothel mirrors that of the brothel Elena visited—a small, compact space that attracted a lot of dust. “I took pictures of what I saw [at the brothel] and tried to emulate it. For example: by the front door, there was a small sign written in A4 paper that read, ‘Rape is removing the condom.’ There were a lot of rules that customers had to abide by. In the end, a lot of the staff from other studios decided to pay this one a visit, because they’ve never stepped foot into an actual brothel before. Only I did. I felt like I became their consultant.”

As for whether or not Lulu would be a difficult character to portray, Elena admitted, “There will always be challenges. This time, I play a prostitute who is always happy. She’s very strong on the outside, but in the inside, she’s someone who needs protection, especially when it comes to her customer [Victor]. Frankly, I felt really contradictory about my portrayal. I assumed women like Lulu would be very rough and rude, but that was completely wrong. Thankfully, Wayne was there to balance me out. I’m still trying to get used to this.” 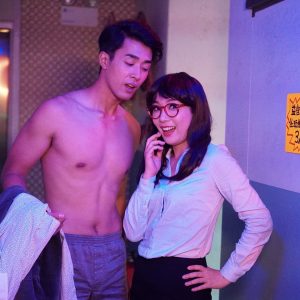 A few days ago, Elena shot a scene with rookie actor Terrence Huang (黃耀煌). She was all praises, saying, “The producer wanted a younger actor for the role. I’m not familiar with anyone who would fit that role. I then remembered that I had briefly worked with Terrence in The Unholy Alliance <同盟>, and recommended him. [Terrence] was amazing. He originally weighed 180 lbs, but dropped 20 lbs in less than a month. He also didn’t drink any water two days before so he could film our scene shirtless. He wasn’t required to do all of that, but he suggested that since he was supposed to play a customer, it would make more sense to do the scene shirtless. Opportunities are definitely for those who are prepared for them.”