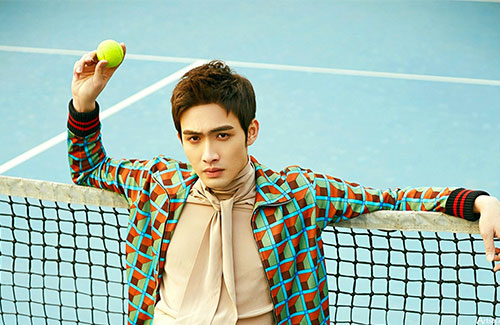 As one of the most popular male stars managed by Yang Mi’s (杨幂) Jay Walk Studio, Vin Zhang (张彬彬) has a large fanbase. The 25-year-old has been capturing the heart of fangirls all over the nation since co-starring in the 2017 hit drama Eternal Love <三生三世十里桃花>. His starring appearances in dramas such as The King’s Woman <秦时丽人明月心> and The Flame’s Daughter <烈火如歌>, both which also starred his label mate Dilireba (迪丽热巴), solidified Vin as the “number one brother” of Jay Walk Studio.

It’s not a surprise to see Vin being the ideal type of so many women. The young actor is known for being low-profile, composed, and kind-hearted—but even then, having a large fanbase comes with many liabilities.

And for Vin, a popular idol star, those responsibilities include staying loyal and staying single.

The netizen wrote, “Something to reveal. I heard from a colleague that her close friend is dating Vin Zhang. My colleague’s friend lives in Beijing, and works as an artiste manager. Of course, this is all just hearsay. I am not clear on the details.”

Due to the randomness of the post, fans didn’t think much of it. It wasn’t until recently when rumors of Vin’s relationship started to resurface again when fans started to react. Many big-name fans within the fandom have started to drop Vin like rocks, and many more fans are saying that they are disappointed in him.

“There is nothing inherently wrong with being in love,” wrote one fan. “I’ve accepted it, which is why I chose to end [being a fan]. After all, I have a limit and a conscience. So, the distance may be far, the mountains may be high, and we may never see each other again. I wish you the best of luck in your career. May it last a long time.” 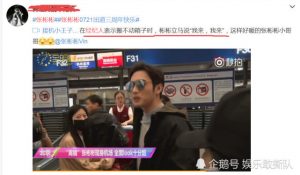 Another fan took a stab at Vin and his manager’s professionalism, writing, “The manager is in charge of managing an artiste’s career and development, not relationship development okay?”

“I have nothing else to say,” wrote another fan. “I guess I’ll bless them.” One fan expressed her anger and said, “I can’t accept this. I’m leaving.” 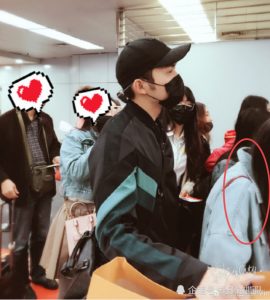 After some more digging by the fans, they started to notice that Vin and his manager had actually been dating for quite some time.

Sometime last year, when fans went to pick up Vin from the airport, they noticed that Vin immediately went to help his manager after seeing her trying to haul all of his luggage. “Let me do it,” he had said. At the time, fans praised Vin’s attentiveness and kind heart. 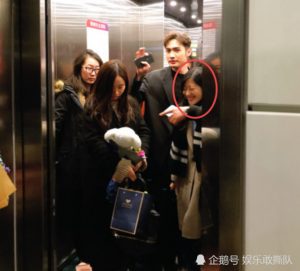 In another instance, fans noticed Vin carrying a lot of luggage and a new backpack. When fans asked Vin if he had recently purchased a new bag, he said, “It actually belongs to manager jiejie. I didn’t buy it.”

In yet another airport meeting, Vin stood protectively behind his manager to guard her against the crowd of fans. Some fans also managed to snap a picture of Vin and his manager in the elevator, in which Vin had an arm around his manager’s shoulders.

Vin or his agency hasn’t confirmed the relationship, but whether it is true or not, he deserves the privacy.