Grace Chan Was Hurt by Criticism of Her Acting 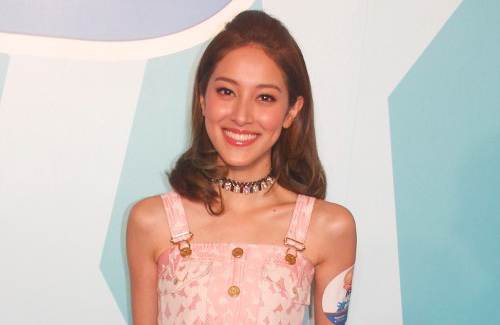 Since winning Miss Hong Kong 2013, Grace Chan (陳凱琳) quickly rose through the ranks and became TVB’s most promoted actress. However, with quick fame also came the criticisms. Fortunately, coupled with her positive personality and determination, Grace looked past the negative comments.

In regards to being called a “vase”, Grace expressed, “I try to do my best in each and every series. I would communicate with the producers and actors so I can gain experience. Of course, I have a lot of room for improvement. I can’t be scared to think about how people will see me after each drama airs. But at the very least, as long as I’ve done everything I could for each series, then I think it’s okay. I hope that viewers will slowly change their minds about me.”

Receiving backlash on her acting skills, Grace said the worst comment she received was when someone told her, “I turn off the TV whenever you’re on”. She admitted that she was fairly hurt by the words since she worked hard on her series. Grace’s biggest concern was not wanting her parents to feel sad after reading the reports. Choosing to ignore the negative comments, Grace will use actions to showcase her improvement instead.

Although Grace’s acting has been met with criticism, she took the opportunity to praise her boyfriend, Kevin Cheng‘s (鄭嘉穎) excellent acting skills. She expressed, “Kevin really loves acting. In Destination Nowhere <迷>, despite playing a gentle and demure man, he was still very charming. He is great with any role. When he is filming, he is very professional and focused. I admire him a lot.”