Huang Xiaoming (黃曉明) and Angelababy (楊穎) officially announced their divorce on January 28, ending their six-year marriage. The couple promised they would always be a family for the sake of their son. The two settled upon an agreement that there would be no division of assets, no fight over the custody of their son, and no bad mouthing each other.

At their glamorous wedding in 2015, Xiaoming made a vow to spoil Angelababy for the rest of her life as a princess. Aside from his own mother, Xiaoming admitted that Angelababy was the woman he treated the best in his life.

However, the power couple’s marriage slowly eroded over time. Divorce rumors grew rampant over the past two years, as Xiaoming and Angelababy rarely attended events together and interacted on social media. They were always ambiguous when asked about the state of their marriage.

Did Not Tell Their Son About the Divorce 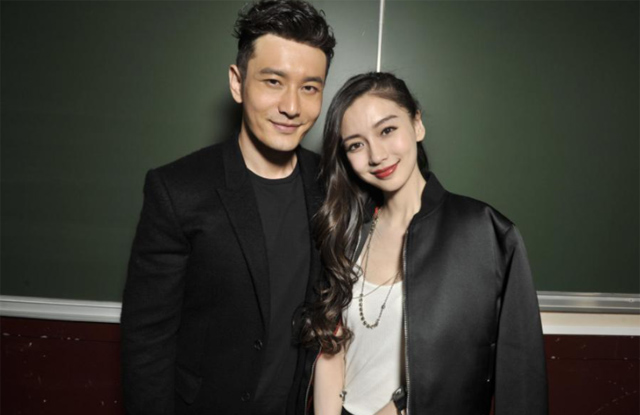 Yesterday, the couple announced that their marriage has indeed come to an end. “Thank you for all that you have done in the past. We will always be a family,” both wrote the same message on their Weibo accounts.

The decision to get divorced was not on a whim. They stopped living together for two years, but had tried to reconcile their relationship. After finally deciding that separating would be best, they worked together to settle the divorce terms peacefully.

Xiaoming and Angelababy do not plan to tell their son about the divorce at the moment, because they want him to grow up in a healthy and complete environment. While the pair intends to share joint custody, their son is currently under the care of Xiaoming’s parents.

Both possessing successful careers, Xiaoming and Angelababy kept their finances separate even after marriage. Not wanting any scandals to take place, they decided upon no division of assets as both are already millionaires from their successful careers.

Xiaoming and Angelababy’s agencies clarified that the divorced ended on good terms, and issued the following statement, “They are currently handling the paperwork for their divorce. They will continue to raise their son together. In order to protect their family and avoid excessive disturbance in the public, they will not be responding to this matter anymore. We reserve the right to pursue any legal responsibilities for those who spread inaccurate rumors.”

Although the public announcement of their divorce is still fresh, the pair already had some time to emotionally adjust to their single status while continuing prioritize their careers.

Xiaoming is currently filming in China. Remaining very focused and calm throughout the day, Xiaoming did not let the divorce affect his work ethic.

As for Angelababy, she is also working in China at the moment, and is reportedly handling the divorce well. Spending the majority of the past two years alone, Angelababy has been increasing her workload to earn more money for herself and dropped significant weight from overworking. “If there are no changes, I should be working over the Lunar New Year. If the crew decides to go on vacation, then I will go home to Shanghai to celebrate with my family,” she said.

Even though the timing of the divorce is exactly one month before Angelababy’s 33rd birthday, the date was not deliberately chosen. Coincidentally, they had their paperwork and legal documents cleared and completed yesterday. Both hope to enter the Lunar New Year with a fresh start.

Huang Xiaoming’s Net Worth is Estimated at 5 Billion Yuan