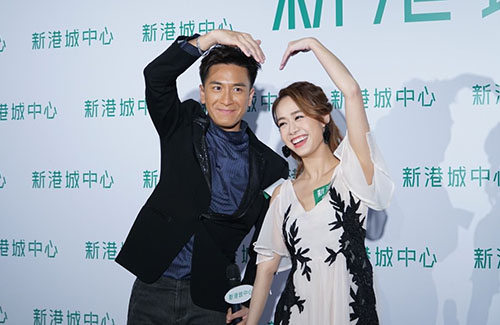 Fleeing to Los Angeles for eight months after her cheating scandal with Andy Hui (許志安) was exposed, it was speculated that Jacqueline’s recent return to Hong Kong marks her desperation to revive her acting career and also last effort to save her broken relationship with ex-boyfriend, Kenneth Ma (馬國明).

Kenneth, who celebrated his TVB Best Actor win recently, revealed that Jacqueline had sent him a congratulatory message. When asked whether he responded, Kenneth shared that he wrote back, “Add oil. Continue to work hard.”

The 45-year-old actor shared that he and Jacqueline had also exchanged “Merry Christmas” messages in December. Kenneth further stressed that they are still friends, and that he hopes all his friends will stay healthy and happy. He even praised her performance in recent drama, The Maid Alliance <丫鬟大聯盟>.

Jacqueline, who turned 31 years old on January 23, spent the day celebrating with her family. In her most recent post, Jacqueline posted a photo of herself in a bra top and captioned, “As you get older, you’ll realize the best birthday presents are ones that can’t be gift-wrapped. Good health. Inner peace.”