Jinny Ng Comes to Daughter’s Defense: “I Will Fight to Death” 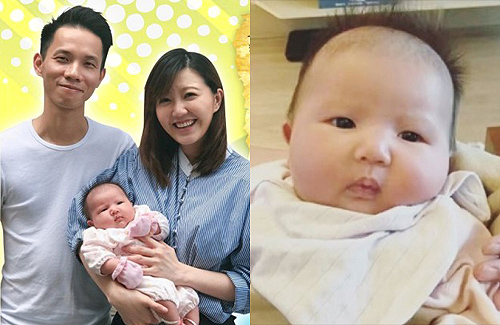 Jinny Ng (吳若希) and her boyfriend Alex Ho (何兆鴻) welcomed the arrival of their daughter in May. Jinny happily shared a photo of her family on social media. Despite many congratulatory messages, a netizen reacted negatively to Jinny’s post and scolded

“After giving birth, [you] still haven’t gotten married yet. You indeed gave birth to a ‘chicken’ baby. A baby without a father is such a pity, and with a mom that is so foul-mouthed too. [Your] daughter has a pig face and is cross-eyed. Will your baby just not go out in public ever? You gave birth out of wedlock and still think you’re all that!”

Known for her fiery temper, Jinny spoke up and retaliated against the harsh comment. “A normal person may not understand why I feel the need to protect my daughter and not want her to be exposed to the public eye. But once you become a public figure and are the target of the online world and the media who say you are a whore and gold-digger, and you know that nothing you say will help the situation, you will understand how to protect the people around you. My daughter will forever be my daughter. I don’t have a choice and my daughter doesn’t have a choice. As a mother, I hope to always give my child the best. I don’t want her to grow up being the target because of her mother’s identity. Right now, as a mother, I am only trying to protect my daughter. I don’t think any mother can disagree.”

She added, “Actually, I have always been the strong type. I just let things go and ignore it sometimes! But let me tell you, if anyone hurts my daughter, I will fight you to the death. I don’t care whether I am a public figure or not. As a mother, if I can’t even protect my own daughter, then I might as well not have given birth to her!”

Alex also spoke up and defended Jinny. Although the couple is not yet married, Alex is already referring to Jinny as his wife, stating, “So what if my wife is impulsive, has Princess Syndrome, and has a foul mouth? So what? I like it and I love her!”

24 comments to Jinny Ng Comes to Daughter’s Defense: “I Will Fight to Death”