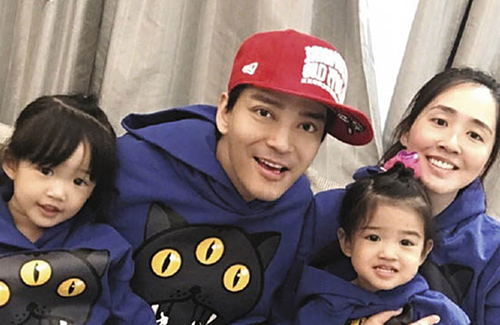 Parenthood has changed the singer for the better.

Happily married for four years, 43 year-old Daniel Chan (陳曉東) is every bit the loving father, and would always make an effort to spend time with his two daughters at their Taiwanese residence. 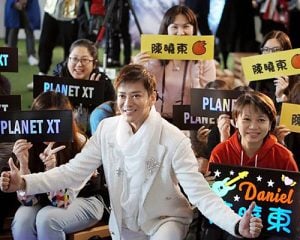 With his boyish good looks, it is hard to believe Daniel will be celebrating his 20th year as a singer in 2019, with hits such as “Hua Huo Chai” <劃火柴> and “A Million Years”<一萬年>. Since successfully securing his concert venue at the Hong Kong Coliseum, Daniel has been actively involved in production and other preparations. Having been rejected previously in his application for the popular venue, he received notice last year about the slot and went down personally to hand in the deposit check and secure his show dates.

Filming a Taiwanese drama in 2013, he got to know his current wife Wang Shu Xian (王妤嫻) at a friends’ gathering. Despite their 14-year-age difference, the two fell in love at first sight, deciding to marry after a year of dating. To take better care of his family, Daniel set up his home in Taiwan, and travels frequently between Taiwan, China, and Hong Kong for work.

Sharing his parental journey, he feels that fatherhood has changed him greatly and these three years of taking care of his daughter has shaped his own set of parenting methods. “I thought that kids’ personalities could be molded by their parents, but turns out that they have their own unique behaviors. Extroverts would not become introverts. We need to find a suitable way of coaching them, instead of a one-size-fits-all approach. I have also been learning and growing together with them!”

Agreeing with a common saying, Daniel feels that parents should communicate more with their children in order to better understand the meaning of their own lives. “Young children bring up meaningful questions. While adults’ thinking is very logical and predictable, kids will often focus on minute details, which adults will neglect after growing up. Chatting with kids re-awakens this intuition,” he said.

Remembering an incident when his mother brought daffodils to his home when she came visiting, his daughter had pointed at the flowers and called them vegetables, as she recognized vegetables by their green hues. “This guileless thinking is something which we as adults have forgotten, so I find chatting with my daughter very fun as it helps me regain a kind of innocence.”

With his Shanghainese father and Hakka mother, Daniel had grown up under the influence of both cultures. “My dad was critical while my mom was encouraging. My dad would ask why others could get 100 points while I couldn’t, asking if I was particularly dim. My mom would be concerned about practical issues like whether I had myopia and couldn’t see what’s on the chalkboard.” Daniel felt that both methods has its advantages, with his father’s stringent style would make him reflect on whether he needs to work harder. Now that he has become a dad himself, he hopes to use a mix of both educational styles, adding that “Every family has their own (style) and my wife and I are still learning!”

Having many classic tunes under his belt, Daniel’s daughters have also started to learn some of his songs. “Both of them would make noise about wanting to watch my performance when I get home. Their favorite song is “Psychological Game” <心理遊戲>. As his kids are still young, he would not teach them his Cantonese love songs until later.