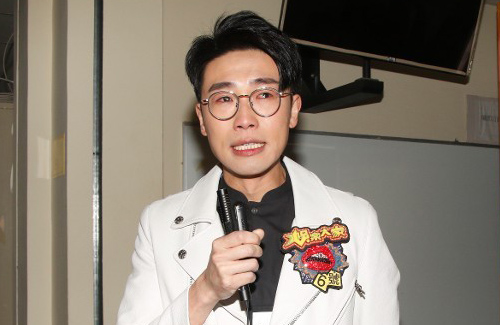 Commenting on the coronavirus outbreak on Young and Restless <#後生仔傾吓偈>, host Luk Ho Ming (陸浩明) accidentally said that the SARS outbreak in 2003 began in Hong Kong. That led to many complaints made by viewers, which prompted Luk Ho Ming to make a tearful apology for his blunder.

During an interview on set for Liza’s Online <娛樂大家10點半>, Ho Ming took the opportunity to publicly apologize for his inaccurate statements regarding the SARS outbreak. He said, “I am aware of my mistake during the program in which I stated the wrong information. I did say that the virus started from a professor in Guangzhou, but I was not clear enough in my correction that it didn’t start from Hong Kong, which led to this misunderstanding.”

On the show, Ho Ming had expressed that he was trying to share that Hong Kong was a heavily impacted location during the SARS outbreak. However, his misuse of words caused him to say the wrong information, which made many Hong Kongers feel outraged by his obvious mistake.

Many netizens targeted Ho Ming online and the ensuing negative press caused him to lose sleep for two nights. He shared, “As an artiste, we often have to deal with these types of news…. I hope this doesn’t affect my jobs, but I would also like to apologize to our advertisement sponsors. I understand the criticism, and hope to learn from my mistakes. As a public figure, I take full responsibility for my actions.”

Ho Ming will take further precautions in what he says in the future. He would like to thank all the medical staff who fought against SARS and the ongoing coronavirus outbreak, which he hopes will end soon.