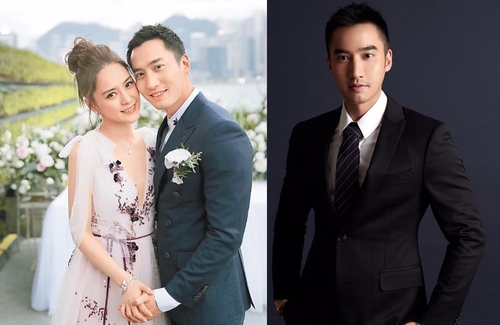 After Gillian Chung (鍾欣潼) married Taiwanese doctor Michael Lai (賴弘國) in 2018, netizens often compared their large income gap and accused Michael of “eating soft rice.” Still, Gillian defended her husband and revealed he took care of all the wedding expenses because she didn’t want to spend her own money. Michael even joked that he almost went bankrupt from the wedding costs, knocking down the rumors of him relying on Gillian financially.

Recently, Taiwan media broke the news that Michael is becoming more and more successful after his marriage. In just a few years, he went from a gynecologist to the owner of a medical beauty clinic. His net worth jumped drastically because of Gillian.

After the two got married, they frequently appeared on mainland reality shows, leading to the rise of Michael’s popularity. He became a well-known medical doctor on both sides of the Taiwan Strait and made his first bucket of gold with the surge of clients.

At the end of the last year, Michael pooled together approximately HK$15 million with two other doctors to open a medical beauty clinic. Business has been good, and Michael often goes to the mainland to take on more patients. He reportedly earns nearly one million HKD  a month now.