After Hong Kong actress-singer Gillian Chung (鍾欣桐) got hitched to Taiwanese doctor Michael Lai (賴弘國) in 2018, the media closely watches the young couple’s every move. Recently, they appeared on the variety show, Truth Everything <真相吧！花花萬物>, hosted by Xiao S (小S) and Kevin Tsai (蔡康永). Gillian and Michael shared tidbits of their life as husband and wife, and Michael revealed his parents did not agree to their marriage at first.

He recalled when they were getting married his parents were worried that Gillian’s work as a celebrity would overexpose them. However, once they got to know Gillian, they were on board with their son marrying her. Michael even took his mother to a Twins concert, and his mother was moved to tears on the spot. At the time, she exclaimed, “Our daughter-in-law is so good!”

As for the rumors that Michael met with a female Internet celebrity late at night, Gillian defended her husband and explained it was the work of her anti-fan. She expressed she has total faith in Michael.

Gillian also revealed she was the first to propose. When the lovebirds were vacationing in the United States, Gillian wanted to fulfill her lifelong dream of parachuting, and although Michael was terrified of heights, he was still willing to accompany her. His actions moved Gillian, and she determined he was the one right then and there. 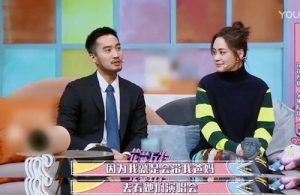 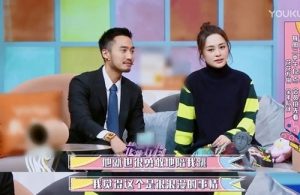 Gillian Chung on Why She Fell in Love with Husband, Michael Lai