TV King is a Sure Win for Ruco Chan, Reports Say 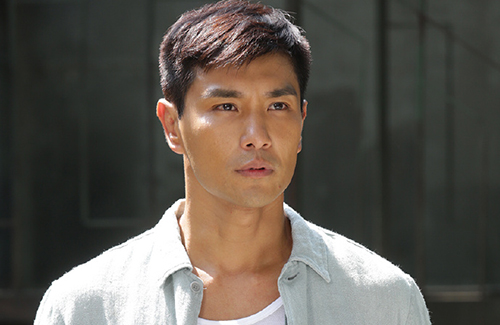 Awards season for Hong Kong’s TV industry is drawing nearer and nearer, and fans have already started submitting their votes on who they think will be crowned this year’s TV royalty.

Coming on top of that list is unsurprisingly Ruco Chan (陳展鵬), who not only carries a large fanbase, but is also the star of this year’s biggest hit, A Fist Within Four Walls <城寨英雄>. Ruco’s press coverage is at an all-time high, and his rumored romance with costar Nancy Wu (胡定欣) was, and still is, the talk of the town.

According to a gossip report that surfaced this week, the organizers of the TVB Anniversary Awards have already set their eyes on giving Ruco Chan the TV King award this coming December. Allegedly, Ruco had personally requested for the award when he negotiated his contract renewal. He also reportedly requested for a salary jump from $3,000 HKD per episode to $30,000 HKD per episode, all terms which TVB were more than happy to agree with. TVB has been building a TV throne for Ruco ever since.

Indeed, Ruco was already one of the more popular candidates for Hong Kong’s TV King last year, when he starred as the popular Eleventh Prince in anniversary drama Captain of Destiny <張保仔>. With the role, Ruco won his second Best Actor award in Singapore and achieved his first TV King honor in Malaysia. However, affected by the negative critical reviews of Captain of Destiny, Ruco ended up losing Hong Kong’s Best Actor award to Lord of Shanghai’s <梟雄> Anthony Wong (黃秋生). He did, however, win Most Popular Male Character instead.

2016’s first major awards ceremony for TVB dramas will be held on October 22, at Singapore’s StarHub TVB Awards. TVB Star Awards Malaysia will be held on November 26. The TVB Anniversary Awards in Hong Kong will be held on December 18. At the moment, it appears that Ruco is the most popular actor to win all three.

39 comments to TV King is a Sure Win for Ruco Chan, Reports Say