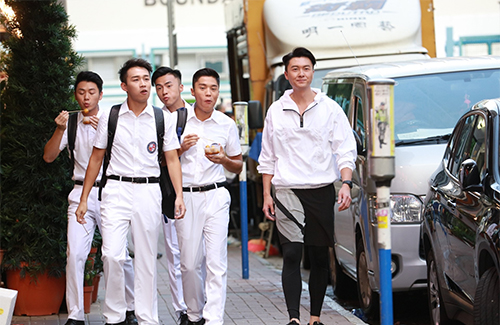 When one hears the code words “TVB” and “Lau Ka-ho”, one can probably predict how the manifestations of these two would become, and to no one’s surprise, The Man Who Kills Troubles <解決師> is exactly that.

Lau Ka-ho (劉家豪) has been producing television dramas for TVB since the late 1980’s. Producer of dramas such as Heart of Greed <溏心風暴> and Witness Insecurity <護花危情>, Lau has the golden touch, in the sense that he turns any drama he lays his hands on to a ratings hit. He knows the formula to success, and often times, that would mean sacrificing quantity over quality. 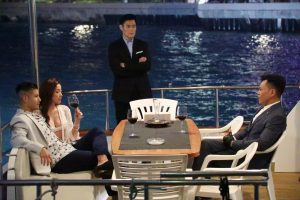 The Man Who Kills Trouble is staple Lau style. It features a large ensemble cast. It is led by popular TVB idols such as Vincent Wong (王浩信), Natalie Tong (唐詩詠), Kelly Cheung (張曦雯), and Crystal Fung (馮盈盈). It incorporates all popular genres into one—a drama about betrayal, about family, about crime, about humor, about undercovers, and of course, about romance. The Man Who Kills Troubles centers on Vincent Wong’s character, a triad member turned PE school teacher after failing his mission. He falls in love with his colleague, who turns out to be the daughter of a very powerful triad leader in Hong Kong. Vincent catches himself back in the underworld, working up the family hierarchy and protecting the school from harm. 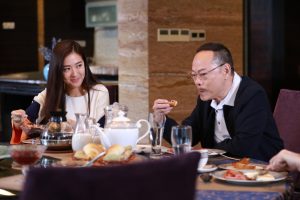 Lead female Natalie Tong is a traditional Mary Sue who has nothing in common with her triad family. Her father (played by Law Lok-lam 羅樂林) is the tropey triad leader who wants to leave his life of crime behind, but finds it hard to leave his daughter unprotected. His elder son (played by Eric Li 李天翔) vies for his father’s empire and schemes his way up. If the story continues as predicted, it is likely that Law Lok-lam would die, and Eric may turn out to be his actual killer. How shocking.

The subplot surrounding the undercover (played by Calvin Chan 陳偉洪) is even more predictable. He tells his superior that he will do one last job before his marriage—obviously, he is just foreshadowing his eventual death. And as expected, Calvin dies in episode 5. 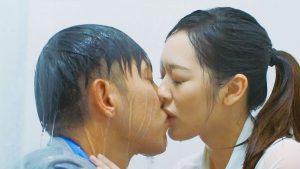 The Man Who Kills Trouble is promoted to be an action drama. Vincent himself did over 85 percent of his own stunts, and a portion of each episode is dedicated to an action sequence. Nonetheless, critics have yet to find any of the action scenes memorable. In an era where entertainment content is easily accessible—and TVB has to compete with not only local channels but also content from around the world—it is no longer a competition about numbers. Being creative and sincere in your storytelling is just as important as having a budget. That is how Barrack O’Karma <金宵大廈>, despite it being a small local production that was mainly shot in Tsim Sha Tsui, became so well-loved by audiences. The low budget did not take away the show’s imagination and vision.

Nonetheless, Producer Lau knows how to sell a product. Days before The Man Who Kills Trouble was about to be released, the studio cleverly leaked an intimate shower scene featuring Crystal Fung and Jonathan Cheung (張頴康). The shock value alone had garnered enough interest for people to tune in.

The storyline of The Man Who Kills Trouble may be predictable and cheesy, but it has just enough entertainment value to keep people on their toes. There is no doubt that this anniversary series will be a ratings success.