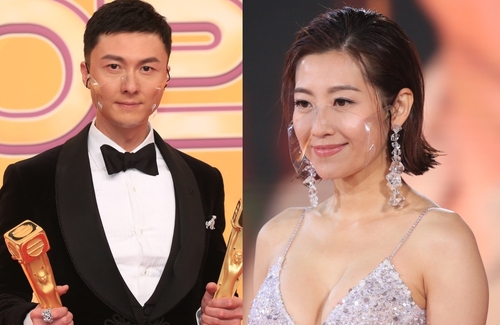 The biggest winners of yesterday night’s 2020 TVB Anniversary Awards were revealed when Vincent Wong (王浩信) and Sisley Choi (蔡思貝) clinched Best Actor and Best Actress, respectively. While Vincent landed a double-victory when he also claimed the title of Malaysia’s Favorite TVB Actor, his interactions with his wife Yoyo Chen (陈自瑶) overshadowed his wins. Their odd behavior that night naturally intensified long-running speculations of a troubled marriage. 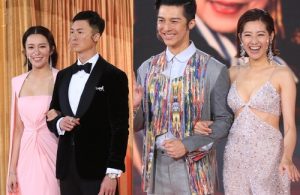 Although Vincent and Yoyo did not walk together on the red carpet, it was nothing out of the ordinary. TVB had assigned their artistes to couple up with their co-stars, hence Vincent accompanied his Legal Mavericks 2020 <踩過界II> partner Kelly Cheung (張曦雯), while Yoyo paraded on the red carpet with her Life After Death <那些我愛過的人> co-star Stephen Wong (黃嘉樂). The married couple also accepted interviews separately, and many viewers found that Vincent and Yoyo gave cryptic answers, as they avoided talking in-depth about each other.

For example, when reporters asked Vincent if he is worried about Yoyo wearing such a thin outfit, he evaded the question by saying, “Actually, all my colleagues are not wearing much tonight. Everyone should be careful since the virus situation is getting serious again. But at the same time, everyone here is very professional and wants to respect the occasion. Viewers can feast their eyes.”

Similarly, Yoyo gave a roundabout reply when reporters asked for her thoughts on Vincent being a hot contender for TV King and whether she helped him pull in votes. She said, “He’s a hot contender every year, so I didn’t particularly think about it. Besides, I was more focused on getting votes for Life After Death.” 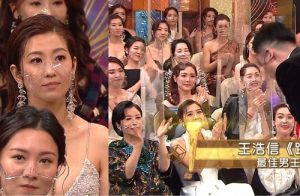 Rumors of marital discord were further fueled during the award ceremony. When Vincent thanked Yoyo in his victory speech, the camera panned to Yoyo for her reaction, but she had a darkened or lack of expression instead of an expected smile. Although she gave him a hug on stage afterward, Yoyo did not wait for Vincent after the event and received a lift home from married couple Edwin Siu (蕭正楠) and Priscilla Wong (黄翠如). Based on their lack of interactions during and after the event, it is not hard to believe that they have become distant from each other.

After Yoyo arrived home, she posted solo pictures of herself at the award ceremony on social media. She also uploaded a photo of her daughter’s homework on her Instagram story and mentioned that it’s not easy juggling her career and household matters. “However, I will do my best,” Yoyo added. 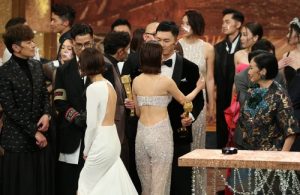 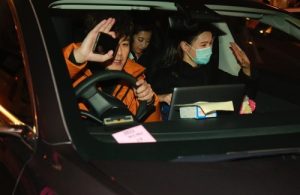