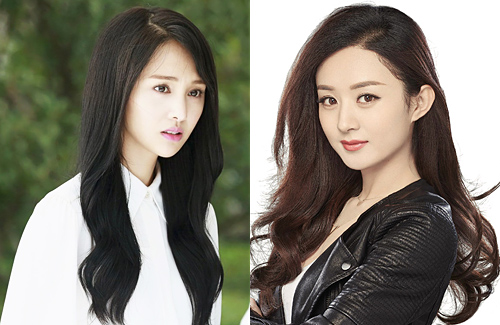 Zanilia Zhao (趙麗穎) and Zheng Shuang (鄭爽) are reportedly starring in the television adaptation of Soul Mate <七月與安生> together. Fans are unhappy about the actresses cast as two best friends growing up who fall for the same boy. Even though they go separate ways after high school, the girls’ lives cross again in adulthood.  As tragedy faces the two friends, who are as close as soul mates, the girls must face the stark realities of adulthood and letting go.

The online novel was adapted into a movie in 2016, starring Zhou Dongyu (周冬雨) and Ma Sichun (馬思純), whose performances resulted in the first ever joint Golden Horse Best Actress awards.

The new television adaptation will be 48 episodes long and start filming at the end of April. Although it has not been officially announced, a source claimed that Zanilia Zhao and Zheng Shuang will be in the leading roles.

Although this is not the first time reports claim that Zanilia and Zheng Shuang will be co-starring, fans were opposed to the casting. Zanilia’s fans felt that Zheng Shuang’s lack of acting skills will only drag down the drama’s ratings. Zheng Shuang’s fans said the 26-year-old actress is already busy with other filming projects and will not have time for the new television drama.