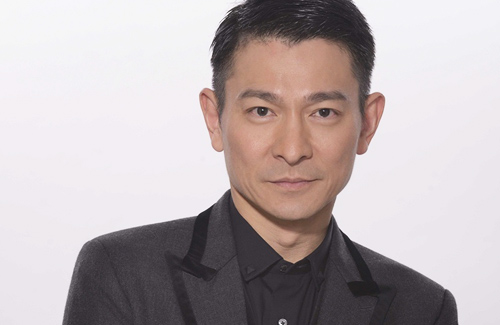 A few days ago, a netizen put together a collage of 54-year-old Andy, starting from his debut until now – a span of more than 30 years. Many were stunned to see that although Andy did become more mature-looking over the years, his handsome face and tight skin did not seem to change at all.

While on the radio program Hit 99.7 <勁爆樂勢力>, Andy was asked by show host William Lam (林柏希) about how he preserves his youthful features, despite his busy work schedule. In response, Andy said that his secret to eternal youth is making sure he does not overeat. For instance, when he eats meat, he will only eat until he is 70 percent full.

However, Andy stressed that eating in general is still very important. Because he and his wife, Carol Chu (朱麗倩), are currently vegetarian, they always make sure to eat more rice. Occasionally, they will also choose to eat ten-grain rice in order to ensure that their diets are nutritionally balanced.

In addition, Andy reminded listeners not to eat too many sweets, since “eating too much sweet food will make you look old more easily.”

The birth of Andy’s daughter, Hanna Lau (劉向蕙), four years ago does not seem to have had too much of a physical toll on the actor’s features either. Nevertheless, Andy did have to change some of his lifestyle habits to accommodate his daughter. Although he previously liked to go to sleep late, he now goes to bed at 10 p.m. so that he can wake up by 8 a.m. and send Hanna to school.