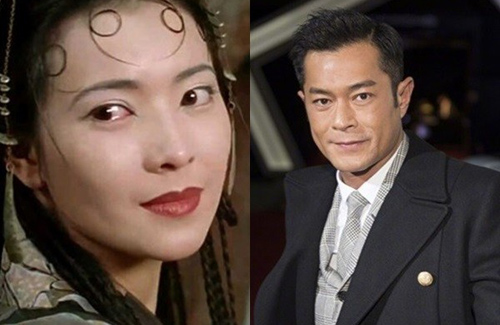 The Artistes’ Guild is willing to cover all funeral-related expenses.

Members of the public have reacted with sadness, shock, and pity since news of Yammie Lam‘s (藍潔瑛) solitary passing in her Hong Kong apartment on November 3 surfaced. Since the police has been unable to contact her family, Yammie’s fan club has expressed its keen wishes that her old friends in the entertainment circle help to take care of the former actress’ funeral arrangements. Louis Koo (古天樂), as the current president of the Hong Kong Performing Artistes Guild (HKPAG), also issued a statement that he will assist with the funeral with trying to get in touch with Yammie’s family.

According to Apple Daily, Yammie is the youngest in the family. Her parents had passed away in the 1990s. She has an elder brother and sister, as well as three other elder half-brothers from a different mother. Although Yammie’s relationship with her family grew distant after adulthood, her siblings would still come to her aid and offer their concern whenever she faced financial difficulties. However since her death, the police has been unable to contact her family members.

Earlier, president of the HKPAG Louis Koo issued a statement which mentioned that the Guild will assist with Yammie’s funeral, and has called upon her close friend, Meg Lam (林建明), and Gordon Lam (林家棟) to try and reach out to Yammie’s sister. Adding that he is aware that Yammie came from an ordinary family who might not be able to afford an extravagant funeral, Louis says that they will discuss with Yammie’s family and that the Guild is willing to bear all funeral-related expenses. However, as he noted, their utmost priority at the moment is to gain contact with Yammie’s family. “We will do our very best to help Yammie’s family with the funeral arrangements, (because) she is a part of our entertainment circle,” he said.