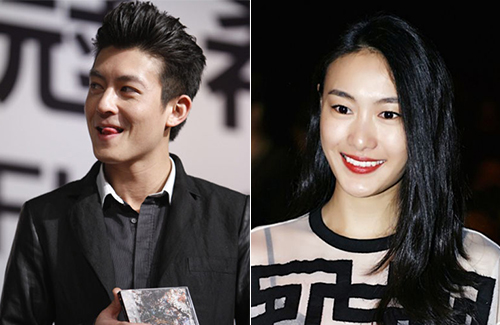 According to a Hong Kong netizen, it is highly likely that Edison’s current girlfriend, model Shupei Qin (秦舒培), is pregnant with his child. The netizen said it encountered Shupei in the United States recently, and saw that the model has a swelling belly, like she’s a few months pregnant.

Soon after the news broke, more information about Shupei’s pregnancy rolled in. A source claimed that Shupei will be delivering her baby in March, in the United States. The source then took a step further to claim that Edison is in the midst of preparing their marriage.

36-year-old Edison and 27-year-old Shupei, a divorcee, were revealed to be dating in May 2016, when the couple were spotted kissing in the streets. Before seeing Shupei, Edison dated Ann Hong (洪文安), a former employee of Edison’s clothing store in Taiwan. The couple broke up in late 2014, allegedly due to Edison’s cheating.