Grace Chan Urges Viewers to Be Patient with “Blue Veins” 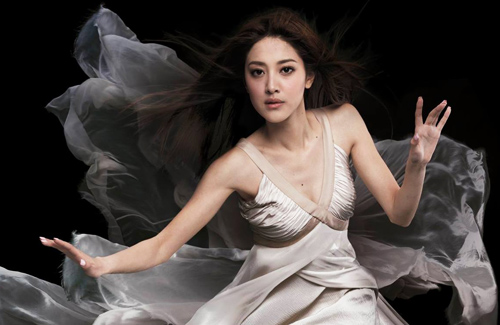 Since its airing,  Blue Veins <殭> was criticized for its poor special effects and Kay Tse‘s (謝安琪) stiff acting. Kevin Cheng‘s (鄭嘉穎) appearance in the drama was also likened to martial arts actor, Yuen Wah (元華). Despite the slew of negative comments, Grace Chan (陳凱琳) maintained an optimistic outlook and defended the drama.

Grace said, “The discussions mean that everyone has been watching. Kevin and Joel Chan (陳山聰) also suffered for a long time [for the drama]. Don’t overlook their hard work because of the special effects.” Grace further added that since Kay has always performed as a singer, the audience should be patient and slowly get used to her acting style.

Recent reports also claimed that Grace and Kevin were experiencing a discord in their relationship. A devout Christian, Grace has allegedly forced Kevin to attend church with her, resulting in her being ousted from Kevin’s social circle. Although Kevin had indeed been attending church with her, Grace refuted these rumors and clarified that Kevin wants to learn more about her religious beliefs.

Although Kay’s husband, Louis Cheung (張繼聰), successfully transitioned from singing to acting, Kay’s shift was not as well received. Voicing his support for her, Louis urged viewers to not approach the drama with preconceptions and bias. “Don’t compare Hong Kong’s productions using Hollywood’s standards. The [availability of] resources are different.” He jokingly added, “Someone wrote online that the special effects were like Dragon Ball. To have a live action drama resemble Dragon Ball, what more can you want?”