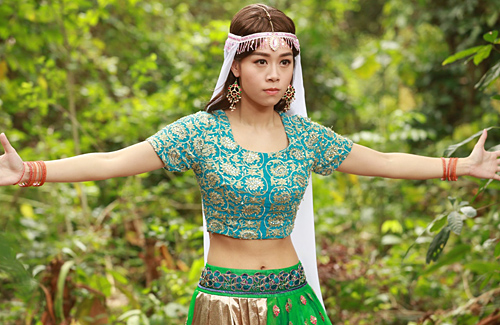 TVB’s most recent weekly viewership rating reports have been released. From January 13 to January 19, the two prime-time dramas have been struggling to achieve high ratings. Even Ratings King Come Home Love: Lo and Behold <愛·回家之開心速遞> has not been able to reach its usual good ratings. However, the most shocking result is that Handmaidens United <丫鬟大聯盟> is possibly the TVB drama with the lowest viewership of all time with an average rating of 20.4 points.

This conclusion omits dramas in the 1990s as TVB was in its prime. Many people chose to watch dramas while eating dinner, and there were fewer choices of entertainment platforms. All dramas back then would have definitely exceeded 20 points. As well, dramas that were only broadcast on the weekends were not part of the comparison as they usually have lower ratings.

Disregarding these dramas and only take into consideration TVB produced, prime-time dramas which air on the weekdays, Handmaidens United is most likely the lowest-rated drama of all time. This may have been also been exacerbated by the public’s negative view of Jacqueline Wong (黃心穎) after her cheating scandal with Andy Hui (許志安).