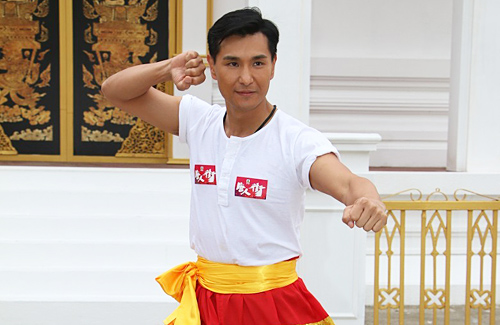 Following the precedent set by his previous dramas, producer Jazz Boon’s (文偉鴻) Chinatown will feature lots of hand-to-hand combat scenes, which will test the stamina of the cast. Ruco said, “There are many fighting scenes, which are fast, ruthless, and precise. The script is 30 percent shorter than a regular drama since there are so many action scenes. Viewers will love these effects.”

Mixing action with humor, Chinatown also has some unexpected surprises. Filming a lion dance scene with Philip Ng today, Ruco revealed that he will also have to dress as a transgender dancer in the drama. He laughed, “[The costume] is quite sexy, with some revealing parts. I have to wear [pads] to give a ‘career line effect’. I can measure up to Miss Hong Kong contestants.”

Since filming for Chinatown just started last month, Ruco expects it will coincide with the time when his wife Phoebe Sin (單文柔) will be giving birth. But Ruco is not anxious, as the couple has nearly completed preparations for the baby’s arrival. Left with only a few more things to do, Ruco is just filled with a great sense of anticipation.

“We haven’t decided whether to deliver the baby naturally or get a Cesarean section yet. Even if we schedule a Cesarean section, [Phoebe] may still go into labor early.” Asked if Phoebe is having a boy or a girl, Ruco remained discrete, “I can’t say yet. But the baby’s English name will start with the letter Q, since it will be between our names which start with P and R.” 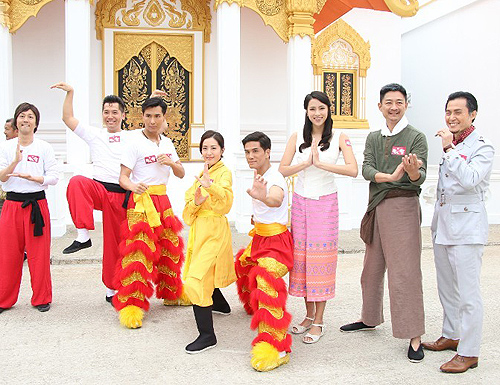 30 comments to Ruco Chan Dresses as Transgender Dancer in “Chinatown”