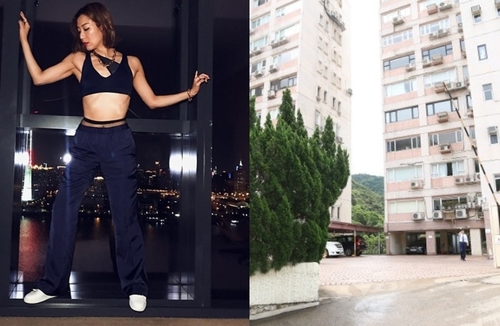 Singer and actress Sammi Cheng (鄭秀文), 46, received a major revelation when her 51-year-old husband Andy Hui‘s (許志安) infidelity was exposed. Caught red-handed cheating inside a taxi with Jacqueline Wong (黃心穎), 30, Andy apologized to his wife and their families in a press conference almost immediately afterward. Since then, Jacqueline has admitted to her wrongdoings on Instagram and her boyfriend Kenneth Ma (馬國明), 45, has also spoken up. However, Sammi has yet to break her silence. Thus, friends and fans are concerned about the singer and worried that her depression would relapse.

Sammi reportedly moved out of her love nest in Repulse Bay to calm down after no longer able to face Andy. Since the cheating scandal blew up, the star’s emotions are on the verge of collapsing. Despite being accompanied by her family, Sammi is closing herself off – refusing to see anyone, answer her phone, and even sleep. Her family is extremely worried, and good friend Anita Yuen (袁詠儀) is also concerned about Sammi’s state of mind.

In the past, Sammi said she was able to get out of her depression thanks to her faith. On top of that, her obsession with working out in the past few years allowed her to release endorphins that would contribute to her happiness and help ward off depression. However, she was forced to suspend her active lifestyle earlier when her knee got inflamed. At one point, the celebrity required crutches to walk, causing her to be bored and unhappy. Originally, she was nearing recovery, but then news broke that her husband had an affair.

In light of recent events, Sammi’s record company temporarily halted her work, hoping to give her enough space to rest. Her record company said they don’t have a comment on the status of Sammi’s wellbeing for now. As for Andy’s management company, a representative said there are no updates from Andy yet.

This article is written by Melody for JayneStars.com.

27 comments to Sammi Cheng Moves Out of Love Nest