Sammy Leung Said He was Not Involved with Jacqueline Wong 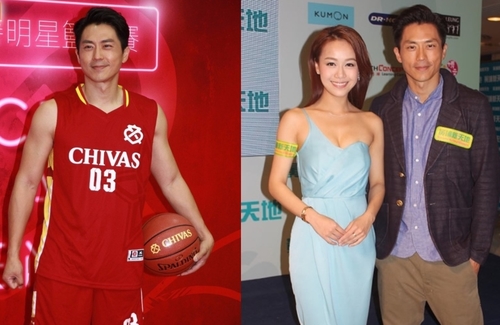 When news broke that Jacqueline Wong (黃心穎) brought home various men from the entertainment industry, including a musician and a CRHK DJ, some suspected Sammy Leung (森美) was the radio host mentioned, especially since he liked her apology on Instagram. However, a few days ago, Sammy clarified he was not involved with the 30-year-old actress, and addressed the speculations again during an event. He admitted, “It’s troubled me for the past few days. It doesn’t matter what I think, because [rumors] are expected in this field. But my family is important and that’s why I clarified.”

He continued, “My wife believes in me but her friends asked her about it and our daughter is young, so I was worried the incident would affect them. Now that I’ve clarified, I won’t comment on it again.”

Sammy added that he was not in contact with Jacqueline, but her older sister, Scarlett Wong (黃心美) did reach out to him. “We collaborate a lot for work. After the incident, Scarlett messaged me to apologize, and I told her to take care of Jacqueline well. Just give them some space,” he said.

After reporters mentioned that the radio host is allegedly Sunny Lau (劉翁), Sammy replied, “I had a sigh of relief when I saw today’s news said it’s not me. I also saw my wife smile more today. I did think [I was a scapegoat] during that time. I’m a public figure and the hints were pointing at me, but the most important thing is the people around me understand. I also understand Sunny’s feelings, so I’m not going to comment on it.”