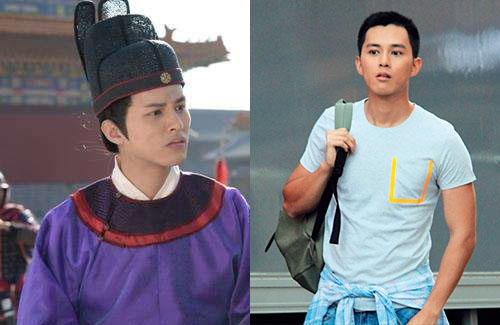 Rising star Matthew Ho (何廣沛) will be teaming up with veteran actor Joe Ma (馬德鐘) for the new TVB drama Leaping Across the Lifeline <跳躍生命線>, a show that centers on the lives of ambulancemen and women. It will be Matthew’s first drama as the second lead.

Matthew is perhaps best known for his role as the eunuch Lee Chun-chung from A General, a Scholar, and a Eunuch <超時空男臣>, currently the year’s highest-rated television drama. However, his image as the “soft and powdery” boy-next-door might undergo an 180 degree change with Leaping—some say his new role in the upcoming show will be reminisce of Louis Koo’s (古天樂) athletic image in 1998’s Burning Flame <烈火雄心>.

The 28-year-old, who is from TVB’s artist graduating class of 2012, earned his first major role in 2014’s Never Dance Alone <女人俱樂部>, portraying the younger version of Lawrence Ng (吳啟華). He subsequently appeared in the high-profile drama Law dis-Order <律政強人> and the critically successful Tiger Mom Blues <親親我好媽>, which brought him to prominence.

TAGS: A General A Scholar and A Eunuch, Leaping Across the Lifeline, Matthew Ho