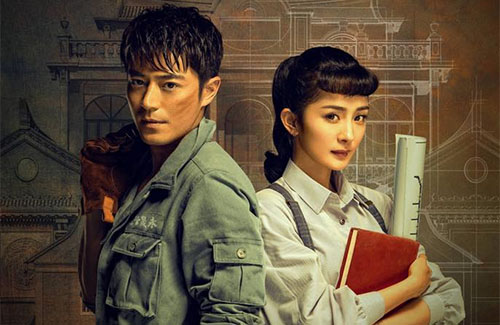 2018 may have a new hit in its hands with Jujiang <巨匠>, also known as The Great Craftsman, which stars heavyweight actors Wallace Huo (霍建华) and Yang Mi (杨幂).

The 50-episode drama, which started filming in May, is an inspirational story about a poor man who rises against all odds to become a successful craftsman and architect. It is set in the early 1900’s during the war-torn China Republic: after his father gets wrongfully killed in a smuggling incident, Shen Qinan (Wallace Huo) and his three siblings manage to escape to Shanghai, but are separated. The siblings reunite many years later, and Qinan becomes a renown architect, fixing and building new homes for the people. At the onset of the Japanese invasion, Qinan dedicates his time and effort to fix the military’s shoddy attempt at building fortifications. He evidently solves the mystery behind his father’s death, bringing justice to his father.