The ongoing COVID-19 outbreak has affected over 4 million individuals around the world, and over 310,000 people have lost their lives. The mental and economic distresses caused by this global pandemic are widespread, and the importance of togetherness and hope have never been more significant. 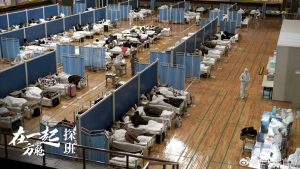 Yang Yang (杨洋) is the first actor confirmed to star in the 2-episode sub-series Zai Yi Qi: Tong Xing <在一起之同行>. The young actor plays Dr. Le Bin, a hot-blooded medical resident who volunteers to fight against the disease in Wuhan. Prior to filming the show, Yang Yang consulted a surgeon prior to learn more about their medical roles. “He’s just a normal guy,” said Yang Yang. “But through this character I get to feel his hot-blooded positivity and attitude. It’s a very meaningful role.”

For a more realistic portrayal, the cast in Zai Yi Qi wore minimal to no makeup. The ten-part series is based on true events that occurred over the past few months in the coronavirus battle. The crew rebuilt makeshift coronavirus hospitals to emulate the temporary hospitals that China had built in Wuhan to accommodate the increase in cases. 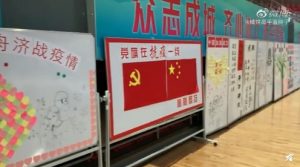 Filming has started across China, including in Shanghai, Beijing, and Wuxi. It is is slated to premiere in October.