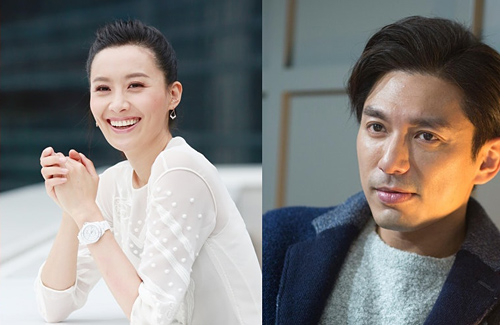 Reports surfaced that Fala Chen (陳法拉) is getting married with her French boyfriend of three years, but perhaps due to her private nature, the 37-year-old actress denied the claims. She said, “Thanks everyone for your concern. Tomorrow, I’m not getting married. I will share with everyone if there is good news later on.” However, when contacted by reporters, Fala’s ex-husband Daniel Sit (薛世恒) confirmed that Fala’s plans to get married are indeed true.

Daniel said, “Several weeks ago, Fala already told me about [the wedding plans]. But I’m not sure about the actual date or location. We’re still friends and stay in touch to talk about our latest developments. I’m very happy for her and hope she can find happiness. But I won’t especially prepare a gift or attend the wedding.”

On his social media account, the Neway Entertainment heir quoted the lyrics from Eason Chan’s (陳奕迅) song, Us <我們>, “My biggest regret is that your regret is about me. It would have been perfect if there was no ending. Without misunderstanding, the story will not finish.” The timing of the Daniel’s sentimental message coincides with Fala’s marriage announcement, and seems to convey his regrets in how their relationship had ended.

Fala and Daniel had always kept their relationship low profile ever since their dating days. Although there were reports that the two secretly registered for marriage in the United States, Fala never directly admitted to the marriage. However, their marriage was an open secret. It was reported that Fala’s properties and cars were registered under the Sit family. In addition, Fala had previously attended the Sit family gatherings as a daughter-in-law.

In 2013, Fala and Daniel announced their separation but did not disclose the reason for their split. It was rumored there were problems in the marriage because Fala was not ready to give up on her acting career and have children.

In 2017, Daniel entered the entertainment industry and Fala expressed her support. Fala even stated that if the script is right, she would not mind working together. In keeping their relationship amicable, Daniel has always been protective of her over any negative rumors, “Fala was very important to me at one point in my life.”