Huang Xiaoming (黃曉明) and Angelababy’s divorce rumors were exacerbated when the 42-year-old actor was seemingly absent at his son Little Sponge’s (小海綿) third birthday party. When Angelababy posted photos of her son’s birthday party, many were curious where Xiaoming was on such an important occasion.

The next day on social media, Xiaoming posted, “I will always be your Ultraman.” Many fans thought the actor was working on the film set and had missed his son’s third birthday party, sending birthday wishes one day late instead. But it turns out that Xiaoming was in fact at the party, dressed up as Ultraman!

Despite netizens thinking the worst that Xiaoming had prioritized work over celebrating his son’s birthday together, he and Angelababy didn’t step up immediately to dismantle the rumors of marital problems. Now with Ultraman’s identity revealed, netizens were happy for the family of three happily playing superheroes together. 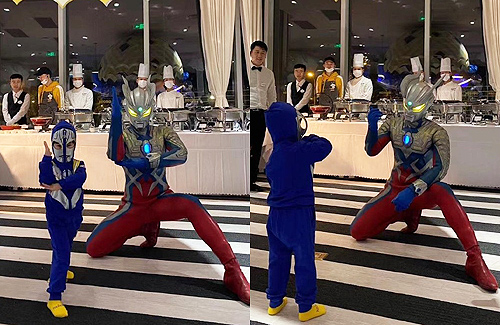 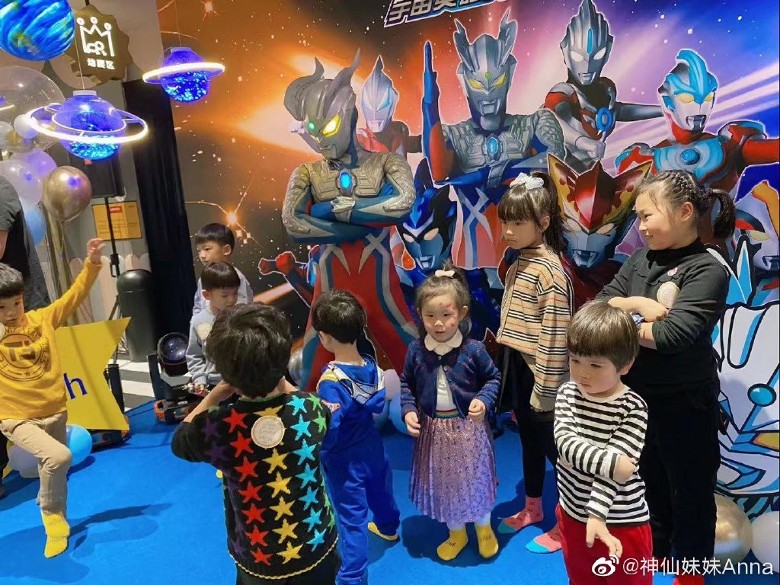 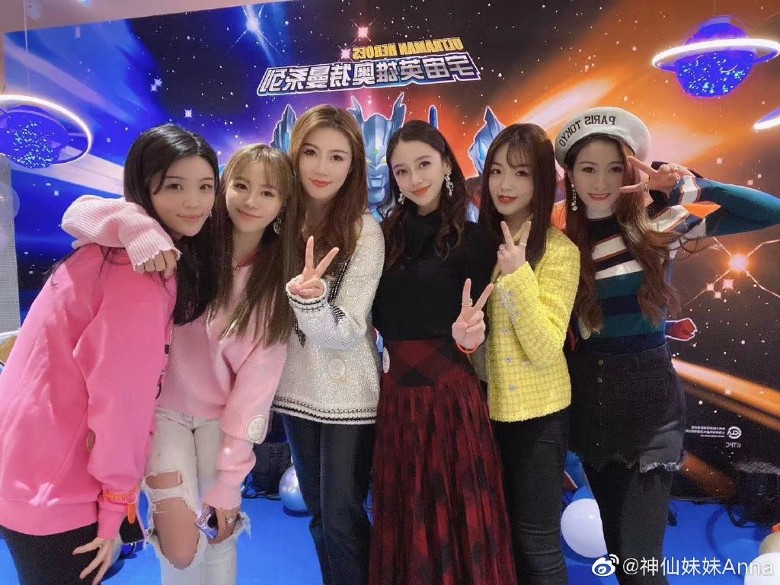