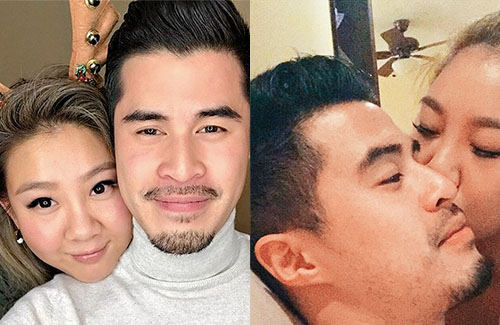 Everything comes full circle, and after breaking up with her photographer boyfriend Silas Lee two years ago, it is speculated that Joyce Cheng (鄭欣宜) has found new love in a person she never thought would come back to her life. Around Christmas time, 30-year-old Joyce shared an intimate picture she took with a man who reporters later discovered to be Peter Chiu, an old classmate. Joyce called him “[the] love of my life.” Peter, who is also 30 years old, is a dentist and enjoys traveling and doing outdoor activities such as snowboarding.

Peter attended the same high school as Joyce in Vancouver, and though they kept in contact even after Joyce moved back to Hong Kong, it was reported that the couple didn’t see the potential of a relationship until recently. Reportedly, Joyce is already calling Peter’s mother as “mommy” and calls Peter her husband.

Joyce has neither confirmed nor denied these reports.