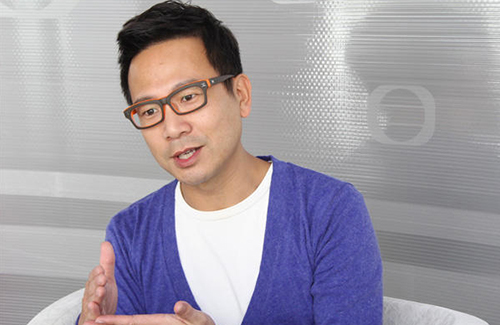 Power Chan (陳國邦) announced that he will not be renewing his contract with TVB. The 47-year-old, who has been filming TVB dramas since 1989, published the announcement on his official Weibo on Friday with the words: “An Open Letter to TVB.”

Power said, “The first time I left TVB was in 1993. I was young and was in the company for only four years. I didn’t leave behind many feelings then, but this time it’s different. From my return till now, it has been 15 years. I’ve established friendships. I want to thank him, him and him, for always supporting me. I like them, for always creating joyous and challenging atmospheres during filming. As for the rookie actors, I am honored to be able to share my knowledge and experiences with them.”

The actor did not accuse or denounce anyone for pushing him to make this decision to leave TVB; in fact, Power expressed nothing else but gratitude towards his former employer. Power revealed that he originally planned on renewing his TVB contract, despite the fact that the details of his new contract did not offer him anything new in particular. However, the actor had time to reflect on his career while he was on tour for his play Tuesdays with Morrie, and realized that it is time for him to find new opportunities.

Power outrightly admitted in his letter that his decision to end his 15-year relationship with the station was because of the lack of opportunities. He said, “I’ve always been hoping that, with my abilities and worth, I’ll be able to have the opportunity to be a lead actor, and while I did receive many praises, my opportunities dwindled.”

The actor confessed his dark secrets, admitting that he once felt so upset about his career that he blamed others for taking the opportunities away from him. He also blamed himself for not doing as well as he should.

However, a line in the play enlightened him. Power said, “The teacher told his student: ‘Forgive others first before forgiving yourself. You always tell yourself that you’re not tall enough, not handsome enough, not capable enough to earn money like others. You are torturing yourself like this. Forgive everybody else before forgiving yourself.’ This is acting. One must use your own life to create a character, and then use that character’s experiences to change yourself.”

Power apologized to his friends and colleagues for leaving without notice, adding that he only did so because he did not want to be talked into staying. Power said he refused to be stagnant water and wants to be full of life.

39 comments to Power Chan Publishes Open Letter to TVB: Will Not Renew Contract