Angelababy May Replace Zanilia Zhao in “The Journey of Flower” Movie 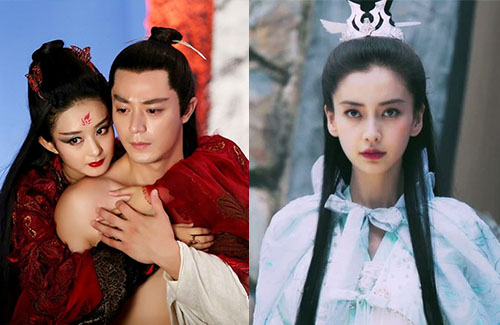 2015’s The Journey of Flower <花千骨> has not only helped Wallace Huo (霍建華) reach another peak in his acting career, it has also established Zanilia Zhao Liying (赵丽颖) as one of China’s highest-paid TV actresses. The fantasy series—China’s first drama to surpass 20 billion views online—was produced by Tang Lijin (唐丽君), who recently confirmed to the press that she is working on a film version of the show, to be shot at the end of the year.

As exciting as this announcement is, the movie version of The Journey of Flower has come across some problems. Due to scheduling conflicts, Zanilia is unable to reprise her role as the show’s female lead, Hua Qiangu. Rumors say the studios are looking at replacing Zanilia with Angelababy (楊穎), which has brought upon some disagreements among netizens and fans of the original series.

Rumor has it that Wallace will be reprising his role as the show’s male lead Bai Zihua, but his agency has not confirmed the casting. The Taiwanese actor is currently on a break, having just completed Ruyi’s Royal Love in the Palace <如懿传> starring opposite Zhou Xun (周迅).