Once known as the nation’s cutest couple, Hawick Lau (劉愷威) and Yang Mi (楊冪) tied the knot in 2014 and became parents to an adorable baby girl, who they nicknamed “Little Sticky Rice.” But as the years pass by and as Yang Mi continues to grow her television empire, the media have started to wonder whether or not Yang Mi has chosen work over her family. Along with Hawick’s confusing cheating scandal and reports claiming that Yang Mi was being an negligent mother, it appeared that the couple were at the brink of divorce.

And maybe they are. News of divorce have been circulating for years, but they were all dismissed. Recently, a netizen boldly claimed that the couple have secretly divorced two years ago. 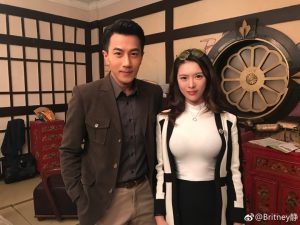 The bold statement came after a woman shared a picture she took with Hawick on Weibo. A netizen left a comment praising Yang Mi to be the true “great beautiful woman, and a huge star” for Hawick. The netizen retorted, “It’s actually former wife now. They divorced two years ago.”

The netizen who broke the news is 26-year-old Britney, a British Chinese woman who works in the financial industry. Allegedly, she has visited Hawick on his film sets several times, and it is speculated that she could be his new girlfriend. Due to the nature of her job, Britney is wealthy and has met with many celebrities across the globe, such as Aaron Kwok (郭富城), Eason Chan (陳奕迅), Zhang Yimou (張藝謀), Sandrine Pinna (張榕容), Jeremy Lin (林書豪), Yi Jianlian (易建聯), and Bruno Mars. 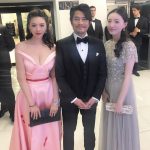 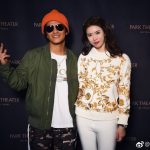 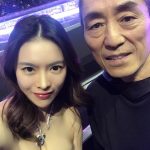 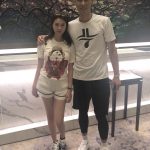 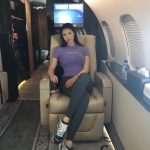 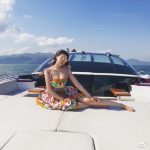 Update on September 23,2018: A staff member from Hawick’s production studio told the media, “Hawick does not know this woman.”