Although Jacqueline Wong‘s (黃心穎) cheating scandal has lapsed for close to two years, the public is still unwilling to forgive her mistake. While there was talk that the actress may have her contract ended by TVB, reports surfaced on January 2 that Jacqueline still has an existing eight-year contract left.

Since she was found cheating with Andy Hui (許志安) in April 2018, both their careers came to a standstill with the resultant backlash. Andy was forgiven by his wife Sammi Cheng (鄭秀文), who also expressed support for him to continue his singing career. Already recording new songs, Andy plans to make his comeback this year.

Conversely, everything went southwards for Jacqueline. Her handling of the scandal has also been criticized–the actress has never issued a public apology to Sammi, and chose to stay away from intense public glare and scrutiny by fleeing to the United States. She also broke up with Kenneth Ma (馬國明) despite her alleged attempts to repair their relationship. Returning to Hong Kong in 2019, she has been updating her Instagram account and trying to rebuild her public image.

Planning to Go Behind the Scenes…?

Jacqueline’s drama The Offliners <堅離地愛堅離地>, which was filmed three years ago, was finally aired on December 28. This is likely her last drama, as she had no filming projects for 20 months since the scandal broke. TVB, who is known for their conservative management, has been wary of giving Jacqueline any new work.

Several parties have approached Jacqueline to make a comeback appearance due to the high public interest she is expected to generate. It is also rumored that she hopes to make a career switch to behind-the-scenes production after attending a directing course, but she is still bound by the terms of her TVB contract and would therefore be unable to accept other job invites, or appear on other platforms.

With her prospects dwindling by the day, it is said that Jacqueline had approached TVB to ask for an early termination of her contract, but the station has yet to give her a definite reply.

Jacqueline Wong Begs Kenneth Ma to Accompany Her in America 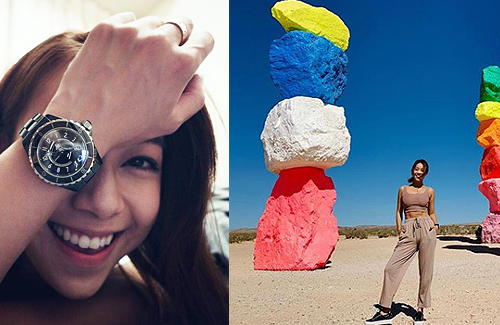