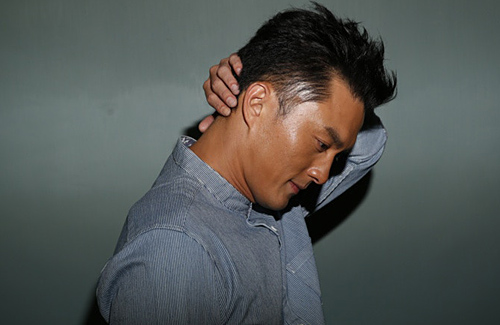 Although Mat Yeung (楊明)  had acted in a number of dramas, he finally had an opportunity to be the lead actor in My Commissioned Lover <婚姻合伙人>.  With almost 20 years of acting experience, Mat’s road to stardom was not easy and he had to learn from his personal mistakes after a few brushes with the law.

In recent years, Mat has been getting more acting opportunities and gaining experience. However, he learned the most after landing in a series of criminal charges. In 2005, Mat was arrested for DIU. Mat was then criminally charged a few years later for damaging the Octopus Cash machine and a cigarette advertisement display when his payment failed. Due to his legal troubles, TVB made the arrangement to re-enroll Mat in the company’s artiste training course and rebuild his career step by step.

Reflecting on his past, Mat sees similarity between his old self and his character in My Commissioned Lover, “Once I like I girl, I will do anything for her. If she likes money, I will earn more and completely ignore the objections of those around me. In the past, I like to play without thinking of the consequences.” 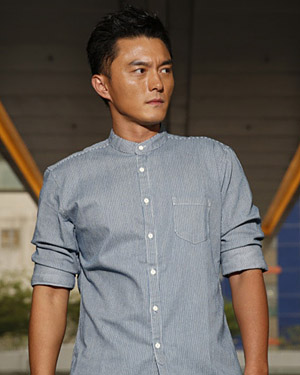 Compared to other artistes who made mistakes, it is hard to imagine how Mat was able to salvage his career. Mat could only describe himself as lucky, “When I first entered the entertainment industry, I really like to play and have a great time with everyone in the company no matter their ranks. Maybe it’s because of this personality that the company wanted to give me so many opportunities. After the incidents, the company didn’t give up on me. Maybe it’s because I’m lucky; they saw the incidents as momentary mistakes and wanted to nurture me. I don’t really know the real reason; it’s not like I have a background or know any high executives.”

Not Qualified to Be a Leading Actor?

Nowadays, Mat treasures all his opportunities as he doesn’t know when luck will be on his side again. Although Mat received generally received good reviews for his performance in My Commissioned Lover, some viewers also feel that he is not qualified to lead the drama and he is more suitable to play a supportive role.

In truth, Mat also questioned if he was qualified, “The responsibility of being a lead, I don’t think I can. I have never done that before, even though I have taken an increased number of roles. To carry a complete drama takes a lot of knowledge and strong acting. I don’t think I am qualified. However, I also feel that every actor feels this kind of pressure when it’s their first time leading. Actors should also challenge new experiences. So even if someone criticizes me that I am not ready, I will be ready one day.”

Mat feels he stills has room for improvement. For example, he wants to be more expressive with his emotions and improve his delivery of the feelings of love, “My weakness is my lack of imagination, so I need to quickly get acquainted with my co-star to help me get into the role. This time when I worked with Samantha Ko (高海寧), I wasn’t too acquainted with her. So in the first few days, we quickly compared the script. I learned how she acts and made some small talk to improve our communication.”