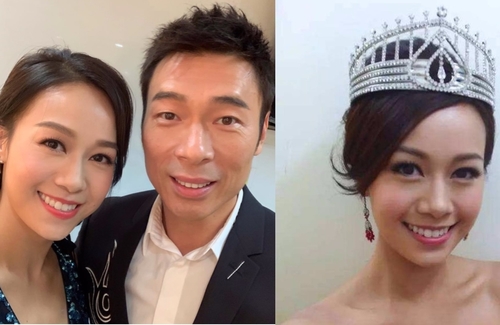 The outside world has repeatedly shamed Jacqueline Wong (黃心穎) and Andy Hui (許志安) after their shocking affair was exposed mid-last month. While they both halted their work immediately and indefinitely, Jacqueline’s future in the entertainment realm is looking grim.

Despite Jacqueline’s 140-character apology on Instagram, she failed to calm the public and earned the nickname of “the fox.” Unable to rectify the situation, reporters caught her holed up in her apartment crying her eyes out. To escape from the public eye, Jacqueline flew to Los Angeles earlier, where she is reportedly taking an acting and directing class.

Although the actress left Hong Kong, the impact of her cheating scandal is still making its rounds. For example, the dramas she acted in are either shelved in the warehouse or require reshooting. Recently, it was confirmed Jacqueline’s scenes in Forensic Heroes IV <法證先鋒IV> are going to be erased and reshot with another actress.

To make matters more complicated, a netizen launched a petition online “requiring TVB to terminate its contract with Jacqueline immediately” a week after the cheating scandal came to light. Named the “Expel the Fox Operation,” the creator of the petition said, “As the main media in Hong Kong, TVB has considerable social responsibilities. If Ms. Wong, such a person who destroyed a family, appears on TV during prime time, it will have a considerable impact on the image of the company.”

Other than asking TVB to end its relationship with Jacqueline to keep her from appearing on TV, the petition also suggests stripping Jacqueline of her 2012 Miss Hong Kong runner-up title and demanding her to apologize to the public in-person. As of now, the number of signatures accumulated exceeds 3,000. “We hope for 10,000 people to sign it,” said the petition’s founder.