Zanilia Zhao About to Give Birth 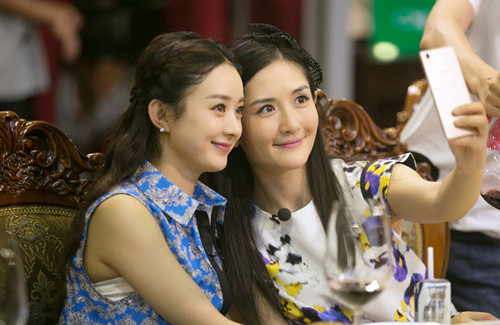 After months of circulating rumors, Chinese actress Zanilia Zhao Liying (赵丽颖) and her husband actor William Feng Shaofeng (冯绍峰) finally announced that they are expecting their first child together earlier this year. To ensure a safe pregnancy, Zanilia has stopped all work, while William has reduced his workload.

The couple started dating soon after collaborating in the 2018 Lunar New Year film The Monkey King 3 <西遊記之女兒國>. It took them about a year before they finally confirmed their relationship with a marriage certificate in October 2018.

According to a source close to the couple, Zanilia is nearing the end of her last trimester and plans on delivering the baby at Shanghai’s Renji Hospital, as recommended by popular variety show presenter Xie Na (谢娜). Xie Na, who grew close with Zanilia after starring in Up Idol <偶像来了> together, gave birth to twin girls at the same hospital last year.

Renji Hospital is one of the top hospitals of the country. Hospital fees can reach up to over 6,000 yuan per night. Birth fees, specifically a cesarean section, would cost about 30,000 yuan.  A source told Chinese media that Zanilia has already booked a VIP delivery room within the hospital, which costs about 11,000 yuan per night.

“The head of the department will personally take care of the patient,” said the source. “Xie Na helped pulled the strings.”

Allegedly, Zanilia has asked the hospital staff to refrain from discussing about her pregnancy to others in order to maintain privacy. She also asked the staff to not share any photos, as she does not want her pregnancy looks to be exposed to the public, in fear that her bloated appearance may affect future job opportunities.

31 comments to Zanilia Zhao About to Give Birth