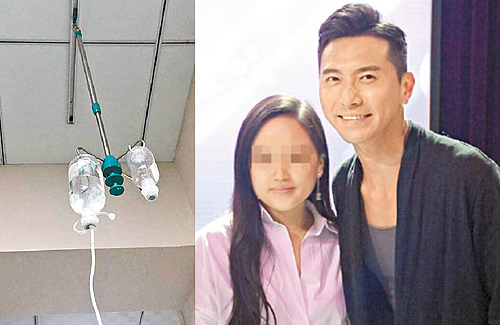 Earlier, Hugo Wong (黃子恆) admitted to sleeping with Mainland Chinese fan, Michelle. She is now 18 weeks pregnant and will be having an abortion in Guangzhou. Suffering depression since Hugo stopped responding to her texts in July, Michelle revealed his irresponsible behavior hoping Hugo would lose his job. But TVB’s apparent leniency towards Hugo upset Michelle. 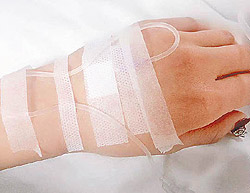 Although getting an abortion harms her health, Michelle had no choice or it would be too late later. She uploaded a clip of herself hooked to an IV bag at a medical facility today, while crying non-stop in the background, as she prepared for the abortion.

When Michelle saw Hugo’s recent news, she felt very angry, “I don’t understand how someone with such a bad reputation could keep appearing on the screen. Once the news went out, he has not contacted me since. I tried to message him through various platforms and he won’t respond since July. I’m surprised TVB is still giving him so many opportunities. Like yesterday on the news, he said he will work harder and that TVB just told him to be more careful. Are they implying that he should just be careful when he is playing around? I just want to know what Virginia Lok (樂易玲) thinks about this situation.”

Hugo’s irresponsibility has led to her countless pains and she cannot have a normal lifestyle anymore. Michelle’s health has been deteriorating, and she suffered from depression for a year. She cries almost every day, since Hugo’s fans have been scolding her. “Every time I close my eyes, all I can visualize is 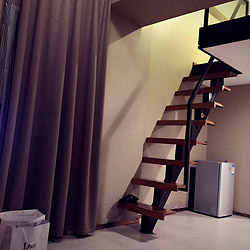 the harm he has caused me. It’s almost like I never really understood who he is. He said he has been suffering for a year after [breaking up with] Hiromi Wada (裕美), but four months later he started having flings. Reality is way too cruel.”

Michelle also revealed a photo of the hotel in which they stayed at. She ridiculed his behavior, “Once he put on his pants, he can’t remember me anymore.”

When the press reached out to Virginia Lok on TVB’s handling over Hugo’s scandal, she said she couldn’t really comment in great detail. But Ms. Lok did question Michelle’s honesty, “[Michelle] said Hugo lied, but what she is saying may not be the truth!”

19 comments to Hugo Wong’s Fan Ready for Abortion; Upset TVB is So Forgiving