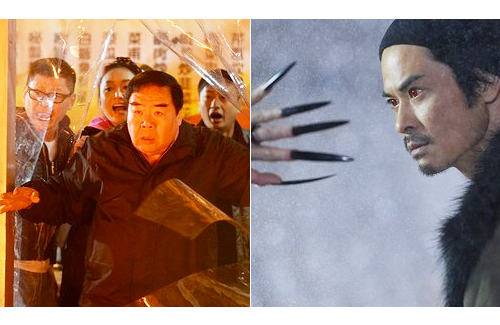 Now that the slow but mandatory character introductions are finally over, TVB’s fantasy drama Blue Veins <殭> can finally get into the juicy story it wants to tell.

The vampire drama, which stars Kevin Cheng (鄭嘉穎) and Kay Tse (謝安琪), brought in subpar viewership ratings when it first debuted in mid-April. But the show seems to be finally holding up on its own, as ratings from last week’s Monday to Friday episodes increased to 23.3 points, drawing in at least 1.51 million live viewers per episode.

TVB’s second-line ratings went up by 1.7 points last week with the debut of My Dangerous Mafia Retirement Plan <火線下的江湖大佬>, starring Kent Cheng (鄭則士) and Tommy Wong (黃光亮). The show brought in an average of 24.1 points per episode and reeled in 1.56 million live viewers. The first episode, aired on April 25, averaged 26 points.

TVB received seven complaints in regards to My Dangerous Mafia Retirement Plan. Most of the complaints pointed out that the drama’s topic about triad organizations was too dark to be aired on a second-line timeslot, as the topic is harmful to youths.

TVB responded to these complains by arguing that the story of My Dangerous Mafia Retirement Plan is about two has-been triad leaders who want to start new lives as good people. TVB urged viewers to be more patient with the show, as the story delivers good moral messages.