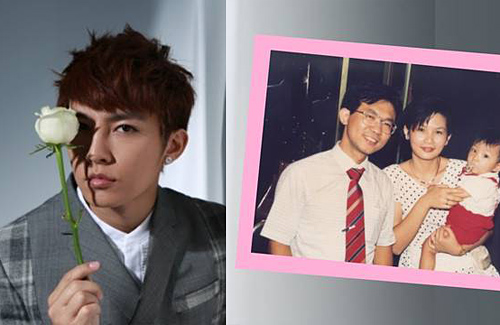 Since he was a teen, Aaron Yan (炎亞綸) knew he was gay. His traditional parents were unwilling to accept his homosexuality, and even threatened to kill themselves unless Aaron changed his preference. This continued to be a sensitive topic in the family for 20 years, often resulting in intense arguments between Aaron and his parents.

Aaron’s sexual orientation came to light when his former boyfriend went to the press and accused him of cheating in love. Although Aaron denied dating three men at the same time, he admitted that he didn’t end the relationships well which led to the misunderstanding. “I apologize to each person that I had hurt,” Aaron said.

While Aaron’s complicated love life sounds headache inducing, his struggle with his own parents over his homosexuality is even more heart wrenching. His parents reacted extremely when they discovered their teenage son was gay.

Every two to three days, Aaron’s parents would threaten him with their suicides. Aaron recalled, “One time, my father wrapped a wire around his neck until he was close to dying. He told me to put on his socks and send him on his way.”

Aaron’s older brother had died when he was only one year old. His mother put all her expectations on Aaron and hoped he would get married and have a family in the traditional sense. While in school, his mother became very controlling over whom he could socialize with, hoping his sexual orientation would change.

His parents remained stubborn over the next 20 years. Even after Aaron became an artiste, he continued to have disagreements with his parents. In an argument with them, Aaron injured his hand while slamming into a wall. His injury was reported in the news, but Aaron kept the real reason behind the injury to himself at the time.

It has been a long and difficult journey, but Aaron finally figured out a way to get along better with his parents. His relationship with his family has improved and he is grateful for his family’s concern.

Aaron recalled experiencing a breakup one day before his university entrance exams, and how his mother had made him feel better. His lover initiated the breakup, which made Aaron cry heart-brokenly every day. He described the feeling, “It felt like something was sucked out of my body and something was missing in my heart. It felt painfully empty.” Aaron stayed home and sang many sad songs, and his mother complimented him, “It’s the first time I’m so moved by your singing.”