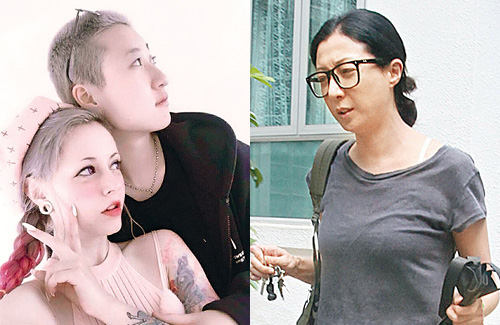 Etta Ng (吳卓林) disappeared for five months without telling her mother, Elaine Ng (吳綺莉). Running out of money and refusing to stay at shelters in Canada, Etta and her girlfriend, Andi Autumn, found themselves homeless. Angry at Andi for leading Etta astray, Elaine blasted Andi for her sneaky actions.

Andi was Etta’s tutor before becoming her lover last year. The 30-year-old likes to post provocative photos of herself online and describes her Instagram account as “Bondage Barbie”. 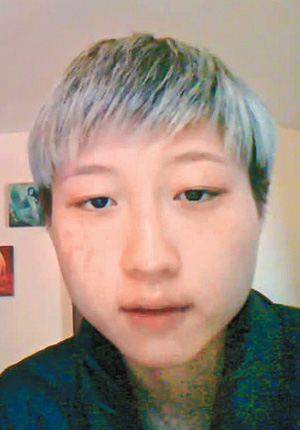 In a YouTube video uploaded on April 24, Etta announced herself as Jackie Chan‘s (成龍) daughter and homeless in Canada.  In the video, Etta’s face had bruise marks which resembled a handprint, making many people wonder if Andi had slapped Etta. As Etta is only 18 years old and emotionally unstable, many felt that Andi had persuaded her to make the video.

Confirming that Andi’s behavior is sneaky, Elaine said, “I don’t have any money. I have to work hard to support myself. I don’t want to think about anything anymore, except hope that she looks after my daughter’s health. That’s most important.”

It was understood that Etta wants to write an autobiography and talk about her father, Jackie Chan.  Elaine knew about this since last year, but felt that Etta is too young and inexperienced in life to qualify writing an autobiography. She revealed that the book was Andi’s idea. Elaine said, “That 30-year-old teacher should just get a job, instead of putting my daughter in sticky situations. My daughter listens to everything she says! Etta used to be very well-behaved, but she changed completely after meeting Andi!”

“A Piece of Garbage”

Andi posted a message on social media last week and complained that many parents do not know how to teach their children, wanting them to follow their own unfulfilled wishes instead.

Netizens responded angrily to Andi’s post, “Stop acting like garbage! Quickly find a job! Everyone knows what you want from Jackie Chan’s daughter!” Another responded, “You’re already 30 something; why don’t you find a job so Etta has a place to stay? Are you disabled or mentally sick?” “Teacher, don’t ask Etta to beg for money!” “If you love Etta, you should tell her to go back to her mom’s house!”